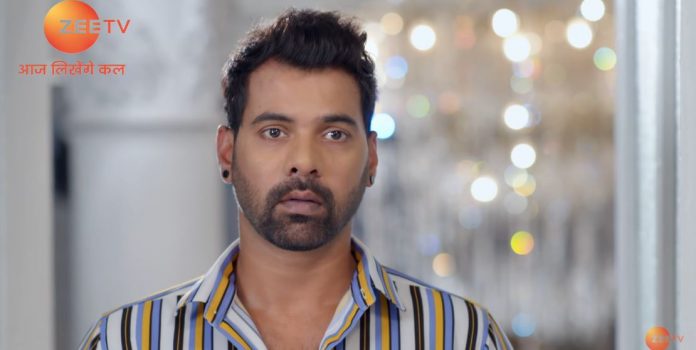 Tellyreviews Lookup Kumkum Bhagya Raabta Anupriya feels neglected hearing Kalyani telling her worry to Madhuri which she hasn’t shared with her. Madhuri misunderstands Anupriya. Asawari instigates her against Kalyani whenever she gets a chance. Malhar gets arbi/taro root and thinks to use it as the weapon to stop the Naxals from running away from jail using the security code given by him. He manages a make a Naxal fall ill after eating taro root. The naxal coughs and drops his phone by mistake. Malhar takes his phone secretly.

He thinks to call Pawar and asks him to talk to the new ACP to change the security code of the jail. He is about to call Pawar, but just then Atharv comes there and snatches phone from his hand. Malhar gets surprised as Atharv was tied inside. Atharv smirks and breaks the phone stamping on it. Malhar is shocked and thinks why is he behaving like old Atharv, if he got his memory back. Atharv laughs. Atharv can be Aahir’s sarkar and naxal’s head.

Kumkum Bhagya:
Pragya asks Prachi about her feelings for Ranbir. She asks about the percentage of Ranbir’s goodness. Prachi says what kind of question is this? Pragya asks her to try. Prachi says it is clear, 50 percent love and hate. Pragya asks love? Prachi realizes her own feelings for Ranbir. Ranbir clears to Rhea that whatever feelings and emotions, he has in his heart is all for her (Rhea). He tells her that he just loves her.

Rhea gets relaxed and believes Ranbir, but Ranbir himself doesn’t know about his feelings for Prachi. Pragya comes to Mehra Mansion to thank Mr. Mehra/Abhi. Abhi gets down from the stairs holding the flower petals tray and drops some of the petals on Pragya unknowingly. Pragya looks up at Abhi.

Gudiya Sab Pe Bhari: Radhe talks to Gudiya and tells her about her engagement to happen with Rocky. Gudiya is in a fix and questions Muddu what she shall do. She asks for his suggestions. Muddu says if he would have been on her place then would have agreed to his parents’ decision. Gudiya gets ready and comes downstairs with Sweety. She is made to sit beside Rocky and hits him while signing at Muddu to go. Jaggi tells Radhe that the engagement can’t happen now. Radhe gets shocked. Jaggi and Rocky have come with a hidden motive.