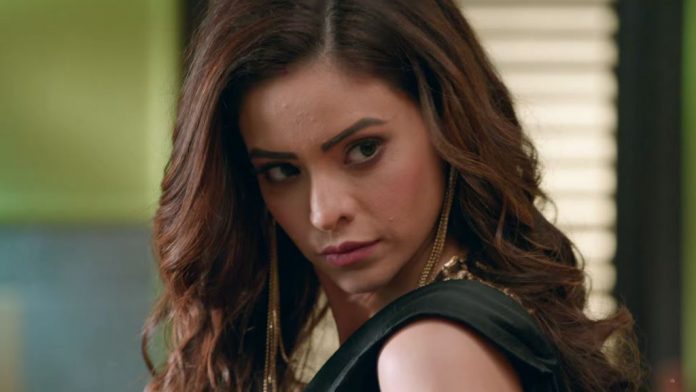 Kasauti Ziindagi Starplus Crime spree twists begin Prerna insists the police to find the attacker and save Anurag. Komolika tells that she has already checked the room and there is no one. Prerna doesn’t listen to her and shows her utmost concern for Anurag. Komolika and Prerna get arguing, while the police searches for the attacker. Ronit hides in time. Komolika doesn’t want him to get arrested. She asks Prerna to stop the drama and leave with the police. Prerna asks her to just leave from Anurag’s life. She reveals that Shivani is the fake killer who had tricked Ronit. Komolika finds them dramatic and taunts in anger. Ronit gets a chance to escape, but gets sighted by the police.

Prerna proves that her doubt was not false, someone is really after Anurag’s life. She asks the police not to leave and stay back to secure Anurag. Komolika tells that she is with Anurag, others need not worry. Prerna doesn’t listen to her. She gives the baby toy to Komolika and calls her a heartless woman who doesn’t deserve a real child. Komolika gets enough of it. Prerna ruins her romance plans. Prerna tells Komolika that Anurag isn’t her husband, and she should be away. She jokes on Komolika’s mad attempts. Prerna stays by Anurag’s side.

Komolika reacts, but gets warned by Shivani. Prerna blocks Komolika’s plans until morning. Komolika takes Anurag home. She tells Mohini that Prerna had faked the attack and called the police just to ruin her honeymoon. She asks Mohini why is Prerna hindering her marriage always. She wants an answer. She asks Mohini why isn’t she helping her. Mohini gets speechless. Prerna meets Anurag to check on him.

She wants to fire Prerna and make her out of their lives. Anurag tells Prerna that he had a strong headache. Prerna goes to make kada for him. Komolika threatens Prerna. Prerna makes fun of her and isn’t scared. Prerna insults her in front of Moloy. She tells him that Komolika is just jealous of her. Komolika plans to hurt Prerna and kill her baby. She drops the oil on the stairs to hurt Prerna. Mohini gets hurt instead. Komolika is happy any way, since she has hatred towards Mohini as well. Komolika gets starting her crime spree again. She wants to harm Prerna and Basus again for always humiliating her.