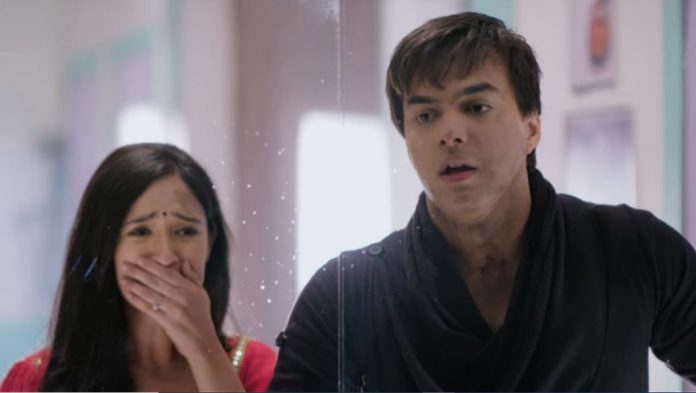 YRKKH Naira Shocking diagnosis stuns Kartik Naira gets the divorce papers dropped by Vedika intentionally. She realizes the huge move and runs to stop Kartik. She finds Kartik gone. She follows him to reach the court and give the papers. Kartik tells Vedika that they have to be on time and drives in haste. Vedika wants to create hurdles for him. Dadi learns that Kartik and Vedika didn’t reach the court. She thinks it will be bad if the hearing gets cancelled. The family is also worried seeing her afraid. She all have hopes and pray. Vedika tells Kartik that she wants to pray at the Dargah and come, since she is getting divorced from him and starting a new life.

She tells that even he should pray for his marriage with Naira. Kartik asks her to hurry up and come back in few minutes. Vedika traps him emotionally. He awaits her, while she intentionally passes time to miss the hearing. She wants Kartik’s support forever. Lawyers call Kartik a lot, but he doesn’t answer. She tells that it was her fault that Goenkas insisted her to marry Kartik. She doesn’t want to leave her rights so easily. She wants to fight for it. Naira reaches the same place after seeing Kartik’s car parked, while he goes to find Vedika.

He wants to take Vedika to the court. Vedika hides from him to avoid answering him. She is determined to not divorce him. Naira and Kartik meet. In a moment, a pillar collapses down. Naira watches the huge trouble coming and asks Kartik to get away. Kartik doesn’t leave her. She hugs him over to save him from the heavy hit. They get trapped under the debris, much to Vedika’s shock. Vedika worries for their lives. She asks the people to help her. Dadi gets upset knowing the divorce hearing got cancelled.

She tells the family that her fears about Vedika was right, Vedika has intentionally taken Kartik somewhere else to miss the hearing. She cries when the hopes about Kaira marriage break. Singhanias and Goenkas get disheartened and see the wedding attires of Kartik and Naira. They cry and wonder how would they tell Naira about it. They don’t know that Naira isn’t at home. Naira gets much injured while saving Kartik’s life. Kartik gets conscious. He finds Naira hurt.

He realizes that she saved his life and feels guilty. Kartik and Vedika take Naira to the hospital. Vedika informs the family that Naira met with an accident. This shatters Singhanias and Goenkas. Kartik doesn’t want anything to happen to Naira. Vedika calls the family members to the hospital. Pallavi treats Naira’s injuries. Kartik gets hyper. Vedika asks him to calm down and give time. Kartik is in shock on seeing Naira’s reports. Manish feels bad for his son losing happiness again. He thinks why is fate playing with his son. Dadi accuses Vedika for putting Naira in danger. She reprimands Vedika for faking a sacrifice and hiding her evil intentions.