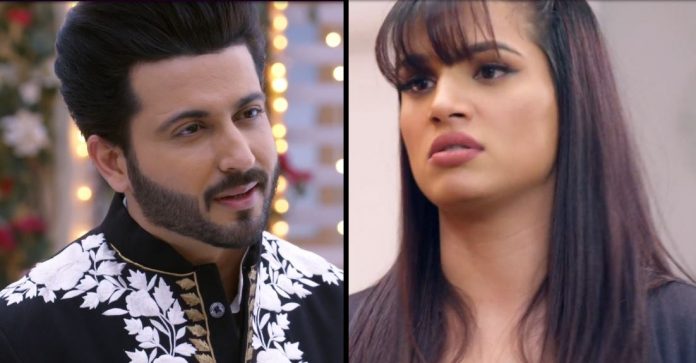 Kundali Bhagya Dad Ki Dulhan Kumkum Bhagya Today Amber met with an accident. Amber gets treated and recovers. He wants to go home. He doesn’t like the hospital stay. Nia is worried for him. She doesn’t know the reason for his accident. She is eager to know the reason. Guneet tells Amber that the truth will come out soon. She tells that Nia will know the truth and will be much hurt. Amber asks Guneet to hide the truth. Amber helped Guneet in teaching a lesson to KK.

Kumkum Bhagya: Abhi and Purab have a discussion. Abhi likes Ranbir for Rhea. He tells that Ranbir can give much love to Rhea and pamper her like a queen always. Purab agrees that Ranbir and Rhea will look good together. Aryan wants Ranbir to come home with him. He tells that they can’t be at the cafe for long. Shahana teases Prachi that Ranbir loves her. Prachi doesn’t know what is love and why would Ranbir love her. Shahana questions her to know her feelings. Rhea tells Dimpy that Ranbir broke her heart, she will confront him about his move. She doesn’t care for Prachi.

Kundali Bhagya: Karan asks Preeta why is she lying to herself that she doesn’t like him. He tells her that she can’t lie to him. He knows that she likes him a lot. He madly shows the strange understanding between them. He tells that she is happy when he is around and wants him. Preeta calls him wrong. She denies to accept her feelings. She knows Karan will never value her. She doesn’t want to accept that she loves him.