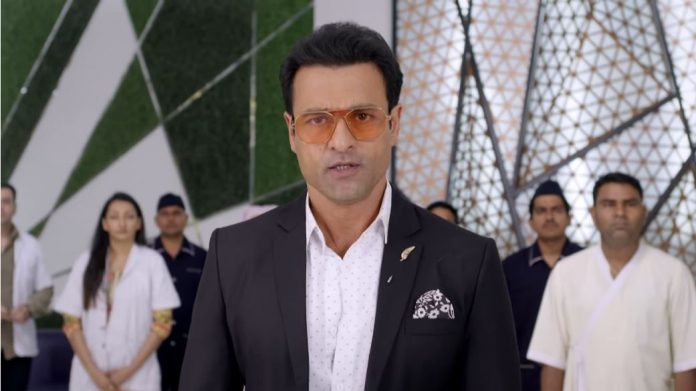 Sanjivani Sid Shocking arrest Vardaan hits Shashank Sid wants Ishani’s recovery on a fast pace. His patience gets tested. He stays composed and wishes her to return to her. Ishani too wants to come out of the coma. She encourages herself to fight back with her medical condition and get back to Sid, when Asha has left him free now. She wants to unite with Sid soon. She was waiting for this since a long time. Sid cries for Ishani’s coma state and his life’s problems. He gets her favorite flowers. Sid imagines a romantic sequence with Ishani. He wants to know about Asha’s hint regarding his dad. He doesn’t know that Vardaan is targeting him. He looks for his hidden enemy and also his dad. He thinks only his mum can help him in solving this mystery.

Vardaan plans to strike Sid once again and that too under Shashank’s supervision in Sanjivani. He wants Shashank to come back and witness Sid’s destruction. Sid tells Juhi that Asha has left from his life but told him something that has ended his peace. He shares the same thing with his friends. They ask him not to believe Asha, who maybe playing mind games with him. They tell Sid that Asha had intentionally done this to kill his happiness. Vardaan wants to ruin Sid such that Shashank breaks down. He wants revenge on Shashank for his sister’s sake. Vardaan hits Shashank by his plans.

Sid faces the patients’ wrath. They call the police and complain that Sid had cheated them by heavy amount prescriptions. Sid denies the blames since he never prescribed costly medicines. He tells the inspector that someone is framing him and this had happened with him in the past. Vardaan plays a drama of supporting Sid. He tells the inspector to carry out investigation. Inspector warns Sid against going away. The chemist, patients and also some staff lies to the police about Sid.

Sid gets into trouble again, even when Asha has gone away. Sid learns that Ishani is getting critical. Sid is innocent and still in trouble. This news make Ishani restless. Ishani reacts. Sid doesn’t want to lose Ishani. He asks Rahil to just save Ishani even in his absence. He prays that she survives. He is ready to take over all the problems on him. He soon faces an arrest, shockingly.