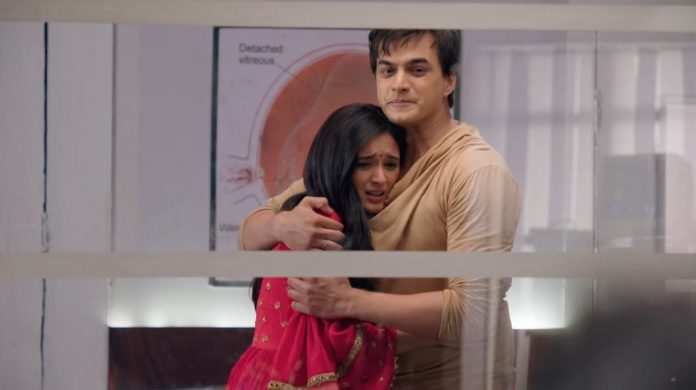 YRKKH Kartik weird secret huge revelation lined Kartik goes mad for Naira. He wants to save her by any way possible. Kartik’s behavior appears weird to the family. The family doesn’t know that Kartik is lost due to his promise to Vedika that he won’t be marrying Naira after her recovery. Kartik has killed his happiness just for the sake of Naira. Naira is fighting for her life since both her kidneys have failed. Kartik thinks the reason for this miserable time. Vedika is ready to donate one kidney to Naira.

Vedika has convinced Kartik to not divorce her. He didn’t expect that Vedika will have a kidney match and keep such a condition. He is happy that he found a donor for Naira, but Vedika has asked for his life and love. He feels worried to tell his decision to the family that he won’t marry Naira. There will be a new wave of misunderstanding in the family when Kartik calls off his marriage with Naira. Kartik’s secret decision will be coming out. There will be a big revelation for Goenkas and Singhanias. They had never imagined that Kartik has decided such a thing. Vedika succeeds in her game? Keep reading.

Sunanda gets slapped by her husband when she asks him to massage her legs. She insults him. He throws the oil. He asks her not to say a word against his mum. He tells that he can’t hear anything against Amma and Ananya. Sunanda didn’t know that her truth will be out. She gets reprimanded. She can’t fight back since she has lost all her powers. Daima returns in the story. She had kept Ram and Siya’s son captive.

She doesn’t want him to run away. Shiv and Ananya have a romantic moment. They aren’t aware of Sunanda’s truth. Ananya’s dad will get a big shock knowing Shiv is demi-devil. Ananya gets worried when the truth comes out in front of her dad. Ananya doesn’t care for his truth. Will Ananya’s love win or Chudail’s effect on Shiv? Keep reading.