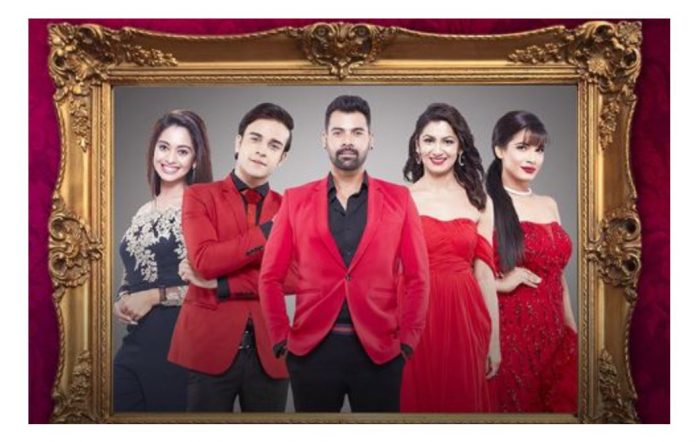 Kumkum Bhaagya Upcoming Zee Abhi Pragya Ranbir proposal confusion twists Ranbir loses courage to talk to Prachi. He runs back to his car. Aryan boosts his confidence. He tells Ranbir that he can go and meet Prachi without making any mistake. Aryan asks him to be quiet and just see Prachi’s reaction. He asks Ranbir to keep up his attitude. Ranbir meets Pragya and Sarita. He wants to know about Prachi. He feels odd the way they treat him. Aryan tells him that they are treating him nicely as if they know about Prachi and him. He tells that he is getting treatment of a son-in-law. Ranbir gets nervous. Aryan asks him to not say any nonsense in his nervousness. Ranbir gets speechless when Prachi comes.

Pragya tells that she will make coffee for him. Shahana is excited for Ranbir and Prachi’s pairing. Ranbir tells that they are really behaving strange. Aryan tells that they like him, but maybe Prachi doesn’t like him. He tells Prachi doesn’t find Ranbir as a husband material. He explains Ranbir that maybe Prachi regards him just a boyfriend material. Ranbir is confused. Prachi asks Ranbir why did he come home. Sarita asks him to come anytime he wants. Ranbir is confused about the proposal.

Ranbir asks Aryan to ask Shahana about Prachi. Aryan agrees. He leaves Ranbir alone for someone with Prachi’s family. The family also goes to leave Ranbir and Prachi alone. Prachi ignores him. On the contrary, Rhea meets Sanju to take his help. He tells that he will not go without marrying Prachi. He gets stubborn. She tells him that she wants to send him with Prachi. She admits that he was right, Ranbir loves Prachi and now she wants to separate them. She tells that Ranbir confessed love for Prachi in front of her. He asks her why didn’t she agree before. She tells him that it was her plan to make Ranbir break Prachi’s heart.

He tells that maybe Ranbir is faking love for Prachi then. She tells him that Ranbir saved Prachi instead her in the bank robbery, she has saved herself. He gets fed up of her talks. He asks her to confront Ranbir. She tells that Ranbir is lying to her. She clears out that she wants Ranbir and is ready to help Sanju, who wants Prachi. Meanwhile, Aryan tries to ask Shahana about Ranbir and Prachi. She tells him that she knows that they are in love. He asks her if Prachi told her and is sure about it. He misunderstands her and assumes that Ranbir proposed Prachi. He runs to tell Ranbir that the proposal happened. He tells that everyone knows about the proposal.

Ranbir wants to know Prachi’s reply. He wants to talk to Prachi. Sarita asks him to talk to Prachi. Sanju doesn’t want to help Rhea in her plans. He tells that its too late if Ranbir and Prachi have fallen in love. She asks him to make Prachi fall in Ranbir’s sight. She promises to get Prachi for Sanju. He tells her that its tough to defame a decent girl like Prachi. Bittu tells that Prachi’s character is clean, Rhea won’t be able to defame her.

Rhea asks Sanju to defame Prachi so that he wins her. He asks the plan. She tells that she will prove Prachi characterless. Ranbir and Prachi have a talk. He wants to know about Prachi’s reply. He hides the matter from Pallavi. Ranbir looks forward to meet Prachi at the office and know the result of his proposal.