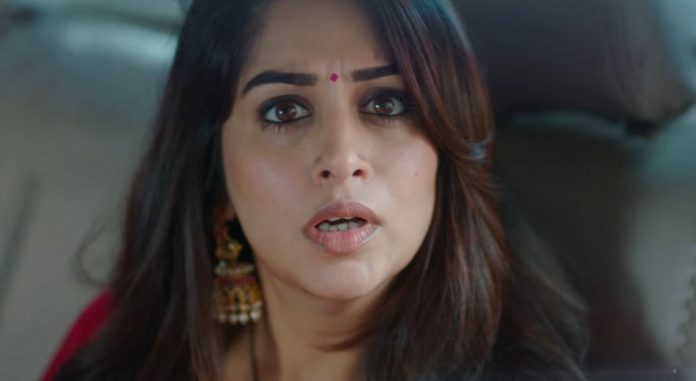 Kahaan Hum Tum News Rishtey Pyaar Spoilers Sonakshi makes things fine between Pooja and Nishi. Sonakshi ends her career by quitting her show. Rohit learns this shocking news from Suman, who wants him to save Sonakshi’s career at any cost. She reminds him the responsibility and promises made to Sonakshi. Rohit questions Sonakshi about her decision. She hides about Naren. Rohit learns that Naren is responsible for her decision. He confronts Naren in anger.

He doesn’t spare Naren. A huge clash happens in Sippy mansion between Rohit and Naren. Veena and Sonakshi try to stop them. On the other hand, Rani gets drunk. Nishi spikes her drink to get her truth out. Rani admits that she isn’t Pooja’s mum and is just after her money. Pooja gets a huge shock. She feels she is a victim, since Rani was taking advantage of her innocence.

Pooja ousts Rani from the house. Nishi consoles Pooja and hugs her. Pooja is upset that she has ousted Rani. She sinks in sorrow again. Sonakshi comes up with an idea. Sonakshi throws a wonderful party for Pooja. The entire family try to cheer up Pooja. They sing, dance and celebrate with Pooja. Pooja gets glad to have a loving family like Sippys. Sonakshi makes sure that she keeps the family together. Sonakshi tells Pooja that she can party with the family any time.

She sees Abir at the door. Abir drops Kuhu home. Mishti gives him the good news that she is getting engaged to Nannu. She thinks he has hurt her a lot and he should know that she is moving on. Abir gets a shock and leaves from her home. He goes to Nanu and cries saying Mishti’s Roka is happening. He admits that he loves Mishti. Nanu asks him to not lose courage and barge into Mishti’s engagement function.