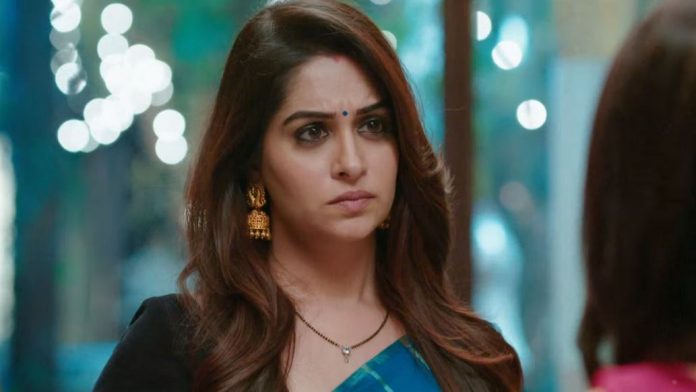 Kahaan Hum Shocker Patiala Babes Upcoming Spoilers Sonakshi and entire Sippy family celebrate the New years together. Rohit and Sonakshi romantically dance. The family is happy that Pooja has ousted Rani from the house on knowing Rani’s truth. The family welcomes the new year and hope for happiness and peace. They wish each other for the new beginning. The family pampers Pooja a lot. They sing an emotional song for Pooja. Pooja feels fortunate to be part of Sippy family. They tell Pooja that she will always be a Sippy. Rohit also confesses love to his wife Sonakshi.

There will be a big drama when Rohit barges into the house to confront Naren for keeping such a condition in front of Sonakshi to make her end her career. Sonakshi wants to value her family over career. Rohit doesn’t want her to make any sort of sacrifice on Naren’s compulsion. He protects Sonakshi’s happiness, which lies in her independence to work. He clears out that none will force Sonakshi to quit acting. He explains that Sonakshi’s work is part of her life and Naren can’t snatch it. Also, very soon Rohan and Pari’s affair will get exposed by Rohan’s spying wife Tanya.

Patiala Babes:
Neil supports Mini like a good friend. The neighbor lady gossips about them. She tells Neil that she knows Babita and her daughter Mini. She tells that entire Patiala knows how Babita used her charm to trap Hanuman. She gets ill talking about Mini. Neil gets angry on hearing the taunts. He doesn’t want anyone to spoil Mini’s character. The lady gets a good answer from Neil. Neil asks the lady not to tell all such nonsense to him. She tells the society won’t ever change. He asks her to keep up her gossip, but he will decide whom he chooses for his life. He tells that Mini was having fever and he dropped her home.

He calls a doctor for Mini. Mini gets too scared on seeing the injection. She refuses to get the injection. She turns hyper and shouts on the family members who try to catch her. Mini lets Arya become her home doctor and treat her. Arya takes care of Mini.