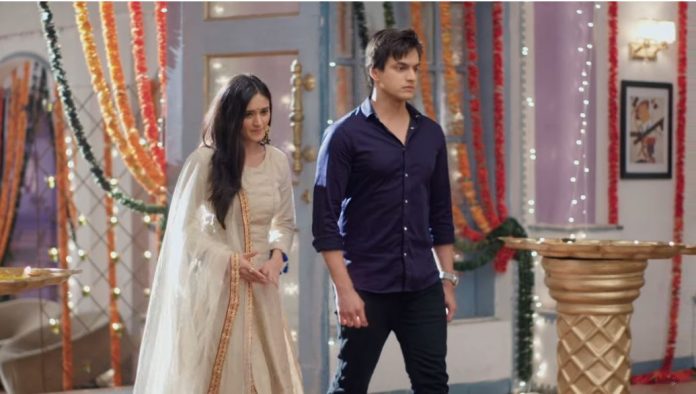 YRKKH Naira New mission Vedika plans a shocker Vedika blocks Naira in Kartik’s life. She compels Kartik to not meet Naira. She tells him that he can just meet Kairav. She shows a big heart that she isn’t separating him from his son. She tells him that will not tolerate that he is breaking his promise. Kartik keeps his promise and is much hurt. Vedika understands that Kartik is finding tough to find happiness. She thinks she can prove to be a good wife if given a chance. She keeps another condition. She wants to go on honeymoon with Kartik. She shocks Kartik. Kartik and Naira get away. Naira catches Vedika’s secret.

She learns that Vedika is cheating Kartik by lying about the kidney donation. She plans to expose Vedika and Pallavi’s dirty plan. She knows that there will be some loophole in Pallavi’s cunning move. She finds out Vedika’s medication, which differs from her medication when they both underwent the same surgery. Kairav’s coach calls Kartik for a meet. Vedika insists go to with Kartik. Naira arrives there to cheer for Kairav. Kartik gets surprised seeing Naira. They both are lost in each other.

Vedika shocks them by telling that she has planned the honeymoon. She shows her rights on Kartik. She takes Kartik with her. Naira gets too hurt. Kartik asks Vedika why did she talk about honeymoon in front of Naira. He tells that Vedika shouldn’t hurt Naira. Naira informs Dadi about Vedika’s honeymoon plans. She wants to expose Vedika in the short time.

Naira spies on Pallavi. She hides in Pallavi’s cabin and overhears Pallavi’s conversation with the kidney donor. She thinks Pallavi and Vedika tortured Kartik mentally and did much wrong. She wants to get them punished. Vedika is scared that her truth will be coming out.