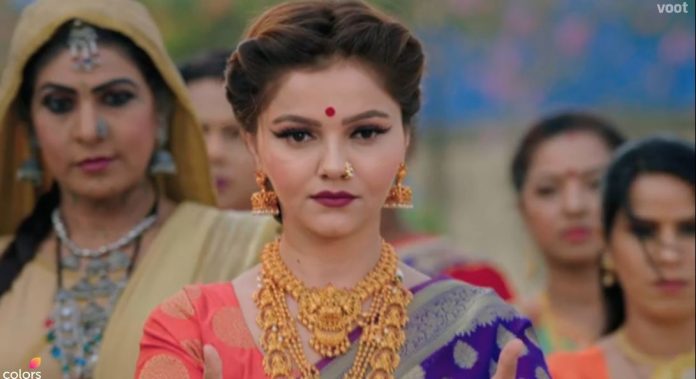 Shakti Kumkum Bhagya Bahu Begum Upcoming Today Maninder asks Soumya to rethink about trying to reveal her truth to Heer. He agrees with Preeto. Soumya, Saya and other kinnars come to Heer in their usual clothes and clap. Heer gets shocked and says Gulabo. She keeps hand on her face, unable to see Soumya dressed up as kinnar and looking one among them. Soumya tries to make Heer know the truth, but the issue is very difficult for Heer to understand. Soumya reveals the shocking truth that she is a kinnar. It gets more shocking for Heer that she is herself a kinnar. Heer can’t accept the truth, but Soumya makes it easy for her by her motherly love. Soumya and Heer’s heart to heart emotional connect pacifies Heer.

Kumkum Bhagya: Prachi ignores her thought that the dupatta worn by Roslyn is hers. Ranbir drops Prachi to her house and tells her that he wants to tell her something. Prachi and Shahana look on. Rhea is also standing near them. Ranbir bends down on his knees surprising Prachi. He then holds her hand and is about to propose her. Rhea stops him and takes him with her. Abhi decides to talk to Vikram about Ranbir and Rhea’s alliance and is very happy about their liking for each other. Rhea makes the fake MMS viral to malign Prachi’s image. Prachi realizes later about the conspiracy.

Bahu Begum: Azaan is shocked to know that someone is giving poison to Razia so that she doesn’t recover in her lifetime. He asks the Doctor to treat her. Noor tells Azaan that she got an offer to convert begum mahal as the 7-star hotel. Azaan says I will not go anywhere. Noor says if you want to stay here then shall give 1 lakh rent within 24 hours else I will throw all of you out from here. She wants to compel Azaan and make him a responsible family man again.