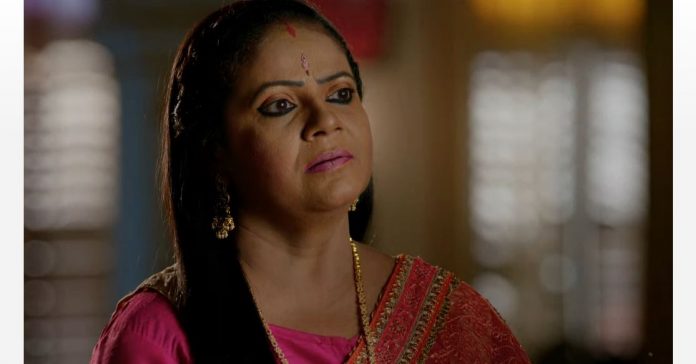 Yeh Rishte Parul exposes Meenakshi Kunal terrified Nannu proposes Mishti for marriage. Abir plays guitar while fighting with Mishti’s memories. Abir vents out anger on Jugnu and then apologizes. Parul thinks Abir is hiding a secret, just like Meenakshi. Meenakshi hinders Parul when the latter tries to speak to Abir about Mishti. Meenakshi knows what Abir is going through and acts ignorant to settle his inner storm quickly. Parul gets puzzled on finding a golden pot in Meenakshi’s room. Varsha informs Kuhu about Mishti’s Roka. She asks Kuhu to manage the event.

Abir is much sad and wants a change. He doesn’t know about Mishti’s roka event handled by Kuhu. He offers help to Kuhu and gets along in the shopping for Mishti. Kuhu tries to cheer him up knowing the reason for his sorrow. Abir wants to stay busy and diverted from Mishti. Jasmeet gives her acceptance towards Mishti. She just wants Mishti to keep Nannu happy. She blesses Nannu and Mishti. Nannu tells Mishti that his mom is good-hearted and will never trouble her like Meenakshi would have done.

He asks Mishti to stay relaxed. Mishti and Abir miss each other. She decides to stay happy for the sake of her family. She thinks Abir has hurt her family a lot before. She hears Abir telling Kunal that he doesn’t love her. She gets much hurt. Later on, Kunal reveals Abir’s love truth to Parul and Meenakshi. He feels Abir still loves Mishti. He feels responsible for the worse situation. He break down in tears. Parul asks him the reason for his sorrow. He admits that he had risked Nannu’s life by drugging him. Parul can’t believe that Kunal can do such a crime to take someone’s life. She slaps Kunal.

Kunal can’t believe this. He confronts Meenakshi for her misdeed. Nanu feels Abir couldn’t forget Mishti. He asks Meenakshi to accept Mishti for Abir. Meenakshi turns raging. She wants to get Abir married to someone else. She doesn’t want to bring Mishti home. She tells him that they have to explain Abir to stop him from walking on a wrong path. She doesn’t think she did any mistake. Will Kunal unite Abir and Mishti by opposing Meenakshi? Keep reading.