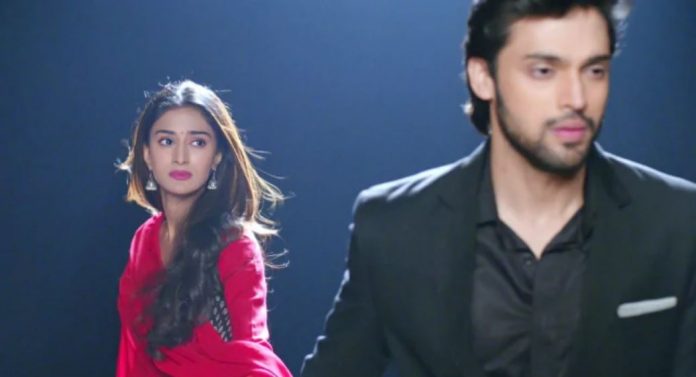 Kasautii Zindagi Starplus flash twists Prerna Anurag Prerna and Anurag have a connection unrealized by the latter. Anurag feels restless to see her with Viraj. He doesn’t know the reason. He goes to make the Tilak ritual arrangements. He tells pandit that he will get the things for the puja. Komolika acts sweet in front of the guests. She takes Prerna to the guest room and taunts her for losing Anurag. She tells that Prerna will be away from Anurag forever. She tells about Anurag’s dream. She tells that Anurag is accepting the fact that he is going to lose Prerna. She describes the dream seen by Anurag.

Prerna tells her that she has seen the same dream at the same time, which means that Anurag will come close to her forever. She challenges Komolika that the Tilak ceremony will help Anurag regain his memory. She tells that Anurag will himself stop the marriage with Viraj. Komolika fears that Prerna is saying the truth. She doesn’t want Anurag and Prerna to unite. She feels Prerna is playing with her mind. She wants to stop Anurag from going into the Tilak ceremony. Anurag meets Prerna to ask her if she is happy with the marriage. She asks him if he is happy after getting Viraj in her life. She tells that her husband doesn’t remember anything.

She gets depressed. He tells her that he has asked the pandit to get a protective thread for her so that her baby stays secured. He gets sindoor on his hand and unknowingly puts that on her hairline. Prerna recalls the moment when they got married. She tells him that she will not remove her nuptial chain, which matters a lot to her. He likes her commitment for her lover. He assures that he will be with her in the Tilak ceremony. Komolika is afraid that he will remember the past. She sends him to the room. She asks him to get ready. She ruins his clothes and asks him to skip the ceremony. He tells her that Prerna needs him, he has to be with her.

She tests his memory by showing the chunri. He recalls the time when he lost his memory in the accident when he went to get chunri for Prerna. She worries that she did a mistake to trigger his memory. Mohini is happy that Viraj is taking away Prerna from them. Veena tells her that she is happy that Prerna got Viraj. Mohini counts the favor that Anurag found Viraj for Prerna. Viraj takes care of Veena and proves his goodness. Veena feels proud of him. Anurag watches Prerna in the same chunri and tries to recall the past.