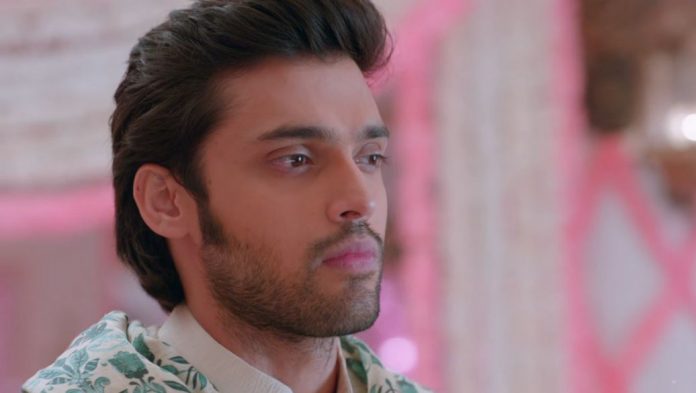 Kasauti Zindagi Tonight Starplus Anurag shocks Komolika Komolika tests Anurag’s memory by showing him the chunri he had got for Prerna from the temple on the day when he met with the accident, all thanks to her criminal mind. She wants to know if he remember the accident done by her and also the past related to Prerna. She asks him to check the chunri for Prerna, which she has got from the temple just to add up auspiciousness. He feels glad that she is putting much efforts for Prerna. He tells her that the chunri is beautiful. He doesn’t tell anything else, which means to heart that his memory is still blinded. He tells her that he will just rush and get ready for the ceremony.

She insists him to stay back and skip the function. He tells that Prerna is waiting for him. She wants to express her happiness that he is still of her. Shivani finds Prerna crying. Prerna is upset that Anurag is being tortured more than her, because of his feelings despite the memory loss. Shivani understands her pain. Veena calls Prerna for the ceremony. Komolika meets Prerna to share her happiness that Anurag will never get his memory back. She gets overconfident and gives the blessed chunri to Prerna.

She asks Prerna to wear it in the ceremony, since it will not trigger Anurag’s memory. She wants Prerna to try as much as she can. She is sure that Anurag will never remember anything. Prerna challenges her that the rituals will trigger Anurag’s memory and he will remember their marriage. She tells that Anurag will accept her as wife again and declare to the world about their marriage. Komolika doesn’t think this will happen. She feels Anurag can never fall for Prerna once Viraj marries Prerna. Prerna has big hopes that she will unite with Komolika. She goes for the Tilak ceremony. She awaits Anurag. She wants him to be present.

Anurag watches her and feels bad that she is marrying someone else. Prerna and Anurag share an eyelock. Anurag goes away and realizes that Prerna is going far from his life. He recalls his dream and finds her distancing. He thinks its because Prerna is marrying Viraj. He realizes that he has feelings for Prerna, which he shouldn’t have. He wonders why is he falling for Prerna when he is already married to Sonalika. He thinks it will be better if he talks out the matter to Sonalika. Moloy finds Prerna restless and asks her what does she want.

She names Anurag and shocks everyone. She tells that Anurag should be part of the ceremony. She wants to call him. Komolika and Nivedita stop her from going to Anurag. Veena wants Prerna’s hopes to end completely. Komolika finds Anurag and asks him to attend the function. He doesn’t share his feelings. Veena wants Prerna to realize that Anurag is not like before. She makes Anurag perform the rituals. Prerna feels bad.

Moloy feels Veena is doing much wrong and hurting Prerna the most. Anurag admits his feelings for Prerna to Anupam. He tells that he couldn’t help his heart. Shivani gets happy on hearing this confession. She shocks Komolika with the news. Anurag gets his memories back gradually during Prerna and Viraj’s functions. Anurag’s behavior and his closeness to Prerna leaves Komolika shocked.