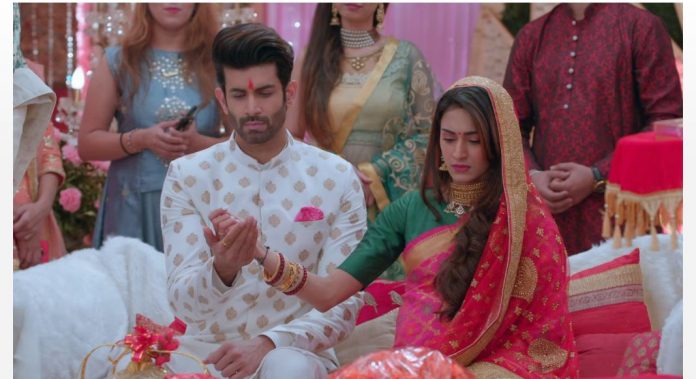 Kasauti Zindagii Upcoming Anurag stunning confession Viraj and Prerna’s Tilak ceremony brings Sharmas to Basu mansion. After the rituals, Viraj and Prerna have a romantic dance. Anurag gets the flashback of Prerna. He thinks of his past. Prerna performs romantic dance with Anurag just like the last time. This helps Anurag recall his past bits. Viraj finds their chemistry strong. He feels awkward. He asks Prerna if there is any connection with Anurag. He is confused since Anurag got Prerna’s alliance to his house. He observes their eyelocks. He decides to confront Anurag about his feelings for Prerna. Anurag shockingly accepts that he loves Prerna.

Meri Gudiya:
Raghav misses Madhuri a lot on her birthday. He recalls the last time when they celebrated her birthday together. They have a cute moment. Madhuri will be seen in the flashback scene. Raghav wishes Madhuri comes back to him. He sheds tears for her loss. Ratri is trying to woo him. She wants to take Madhuri’s place in his life. Raghav wins the best businessman award. His family is happy for his achievement. He is broken within since Madhuri isn’t with her. Madhuri is inside the doll Pari. She is happy for his success. She wants to alert him about Ratri’s evil intentions.

Nimki Vidhayak:
Shukla wants to kill Nimki. When the media arrives, Shukla lowers the gun. Nimki threatens Shukla. He tells her that she won’t get saved next time. Mahua gets suspicious about Sanjeev and Sunita. Sunita attacks Sanjeev. Mahua tells this news to the girls. She makes an escape plan. The girls agree to support her. Shukla gets worried when he is asked to resign from his post. He tells the speaker that his ministers are with him.

Ganga asks him not to lie and bring his ministers out. Ganga and Shukla argue a lot. Nimki goes to hear Mishra on the call, but Parag engages her. Mahua tries to get the phone from the guard and run away. Parag praises Nimki. She gets Mahua’s call. Mahua informs her about the huge fraud. Nimki can’t believe it. Nimki worries for Mahua who fails to inform her location.