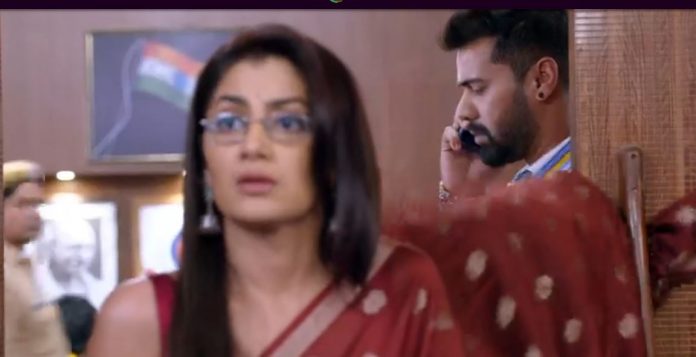 Kumkum Bhagya Zee Raabta Upcoming Today Snips Riddhi helps Aahir about Malhar’s direction. Kalyani thinks how to help Malhar ji. Malhar looks at Kalyani from outside. Kalyani also looks at him from her room and they have an emotional moment. Aahir catches Malhar and beats him. He threatens Kalyani to marry Rachit to save Malhar. Kalyani gets shocked. She gets ready to get married. Aahir, Asawari and the Naxals put the rope in Malhar’s neck and threatens Kalyani to sit down and marry Rachit. Aahir smiles.

Kumkum Bhagya: Prachi tells Ranbir that he doesn’t have to fight with anyone now as she has left the college. Abhi comes to know about the fake MMS because of which Prachi is humiliated. He gets concerned and worried, tells that Prachi can’t do this, surely it is fake and someone’s conspiracy. He recalls seeing Sanju in the college campus and decides to meet Prachi and her mother.

Aaliya gets irritated and asks why does he has blind faith on Prachi. She adds, whatever Prachi does, Abhi gives her clean chit. She asks from where did this blind faith comes in you for Prachi. Abhi asks from where so much hatred came in you for Prachi. He tells that Prachi is like his daughter and he will support her. Pragya comes to the Police station for Ranbir. Abhi also comes there. Pragya drops some papers mistakenly and bends down to pick it. Abhi doesn’t see her, but a moment connects between them. Seems, Abhi and Pragya are never going to meet, seeing the huge number of hits and misses between them.

She scolds him for risking the lives of many innocent girls by his negligence. Anaro wants to test Mintu if he is Babbu or not. She knows his allergies. She wants to see his truth. Rekha signals Mintu and saves him. Anaro gets certain that Mintu is Babbu. Mahua gets trapped again. She is threatened by Sunita. Mintu calls Nimki and asks her to take Anaro home. Nimki tells him that she is busy in some important work, he can drop Anaro to the hospital if he is so fed up. Nimki, Tunne and Abhimanyu try to find Mahua. They don’t get to find her. Nimku swears to find Mahua and bring her home.