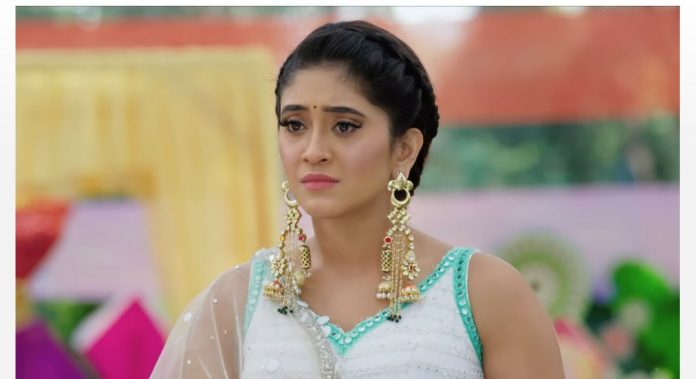 Yeh Rishta Upcoming Naira firm resolution twists Kartik suffering ends Naira fails to control her emotions and hugs Kartik. She wishes that everything gets fine. He senses Naira around. Dadi asks the doctor to perform sonography test on Vedika. Vedika refuses to get the tests done. She panics that her truth will come out. Dadi asks her not to react as if she is scared of her secret coming out. Vedika gets worried and complies. Dadi asks Kartik to come and meet the doctor. Dadi tells that Vedika is surviving on one kidney. Doctor confirms this lie. Vedika gets surprised. She understands that Pallavi has spoken to the doctor. Doctor tells Dadi that Vedika is fit to travel. Dadi tells Naira that something is wrong.

She doesn’t know how Vedika failed their plan. Naira asks Dadi to tell the truth to Kartik who will believe them for sure. She is sure that Kartik won’t ask for proof. Dadi tells her that Vedika can trap Kartik by committing suicide or file any case on him. She doesn’t want Kartik’s future to get on stake. She tells Naira that they need proof against Vedika some how. Pallavi tells Vedika that she heard Dadi insisting her for the test on the phone call.

She reveals how she managed to bribe the doctor and take help. Vedika thanks Pallavi for saving her. Pallavi tells that Dadi has taken this step on Naira’s saying, which means they suspect Vedika. Naira follows Vedika and confronts her for the big lie. Vedika blames Naira. Naira asks Vedika not to lie to herself and realize that forced relations don’t work. She tells Vedika that she won’t get Kartik’s love by snatching. Vedika tells that she loves Kartik a lot. She doesn’t want any long lecture from Naira. Naira tells that Vedika can never win Kartik.

She tells that even Goenkas won’t love her, since they are just tolerating her for the favor she did. She tells that Goenkas will soon learn her truth. She scares Vedika. Vedika doesn’t think Naira will snatch Kartik. She wants to cancel her honeymoon so that Naira doesn’t make Goenkas against her. Naira gets glad to know that Vedika and Kartik aren’t going on the trip. She is glad that her plan worked.

She asks Naksh to find out Umesh so that they can expose Vedika’s plan. She prays for her aim. Vedika tries to please Goenkas. She doesn’t get any acceptance. She wants to keep trying. Naira doesn’t want to tolerate Vedika forcing Kartik and killing his happiness. Naira tells Kartik that she wants to reveal a big truth to him.