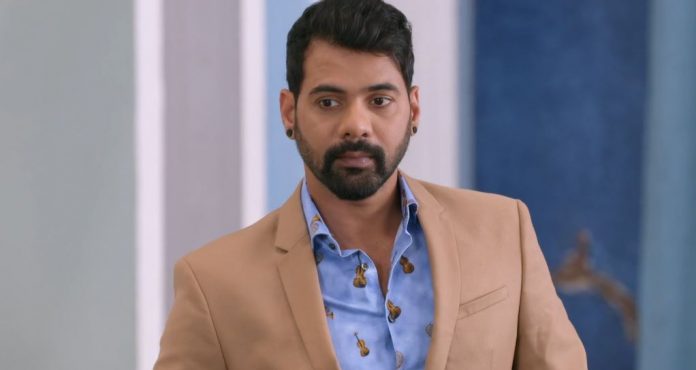 Kumkum Bhagya Prime Upcoming Abhi promises Prachi Ranbir shares his doubt with Rhea. He tells her that he doubts Sanju, who is also with Prachi’s enemy. He tells that he will find out the culprit. Rhea bumps into Prachi and scolds her for making Ranbir fall into trouble. Prachi also doesn’t want Ranbir to get into any legal mess. She tells that Ranbir is her good friend. Rhea accuses her for back biting about Ranbir and advising her to leave him, so that Ranbir could become of Prachi. She calls Prachi a selfish girl to ruin Ranbir’s future. Prachi tells Rhea that Ranbir was trying to help and got arrested by a misunderstanding. She blasts her anger on Rhea.

She realizes that Ranbir has changed and became a good guy with time. She admits that she likes Ranbir. She wants to keep her friendship with Ranbir. She tells that there is no selfish intention in friendship. She promises to always stand by Ranbir. She asks Rhea to respect her emotions. Abhi and Vikram try to help Ranbir. Abhi feels Sanju is maligning Prachi’s image intentionally. Pragya asks Prachi to tell her about the Diwali night incident. Abhi too feels that Sanju is the culprit. Prachi tells Pragya about Sanju apologizing to her. Abhi doubts Sanju, who had hidden his face on sighting him. He tells that Sanju is taking revenge on Prachi.

He promises to free Ranbir. Pragya wants to know about Sanju. She doesn’t think she should trust Sanju like that. She thinks to call Mr. Mehra and take help. Abhi calls Prachi at the same time and doesn’t get to talk to him. Pragya meets Ranbir, while Abhi takes the lawyer to bail out Ranbir. Prachi is angry that Ranbir has fallen in this mess by his stupidity. Pragya asks Ranbir why did he fall in risk without thinking about his family. She asks him not to be foolish. She feels guilty seeing him.

She understands his feeling that he took a stand for Prachi. She is grateful to him for always prioritizing Prachi and her dignity. Ranbir tells her that he can’t hear anything against Prachi. She is happy that Ranbir has become Prachi’s support. He finds Pragya a nice human being. He doesn’t want her to cry. He wants her to choose her for Prachi. She understands what he means to ask. She tells him that her answer is yes, since he is the most suitable guy for Prachi. Ranbir gets delighted. He thinks Pragya knows he loves Prachi.

Abhi and Vikram talk to the inspector. He defends Ranbir by stating the sections. He asks inspector always support the right. Vikram witnesses Abhi’s lecture. Abhi is sure that he is right and inspector is wrong. Vikram doesn’t want inspector to get angry. He calms down Abhi. Abhi asks Vikram not to stop him from saying the right. They get Ranbir’s bail. Prachi learns Ranbir got bailed. She gets glad and rushes to tell Pragya. Pragya goes on a call, while Prachi finds Abhi with Ranbir. She realizes he has helped Ranbir. Abhi tells her that he learnt the matter and knows she is right. He asks her about Sanju.

She tells him about the past related to Sanju. He advises her to stay away from Sanju. He knows she is innocent to understand the world. He talks like Pragya. He asks her to always respect her mother and love her. Vikram asks Prachi to take care of herself. Abhi wants Sanju and his aides to be caught. He tells her that he will get the culprit punished. He gives her an assurance. Ranbir tells Prachi that he will get her out of the mess.

Vikram informs Pallavi that he is getting Ranbir home. Prachi feels Ranbir is worried because of her. Prachi tells Pragya that Mr. Mehra just left. Pragya wants to meet him. Abhi misses to see Pragya. Abhi and Vikram get Ranbir home. Vikram is scared of Pallavi’s anger and sends Abhi to face her first. Pallavi finds Vikram at fault. Abhi asks Vikram to manage his wife. Pallavi cares for Ranbir.

Reviewed Rating for this particular episode: 4/5
This rating is solely based on the opinion of the writer. You may post your take on the show in the comment section below.
Kasauti ZK