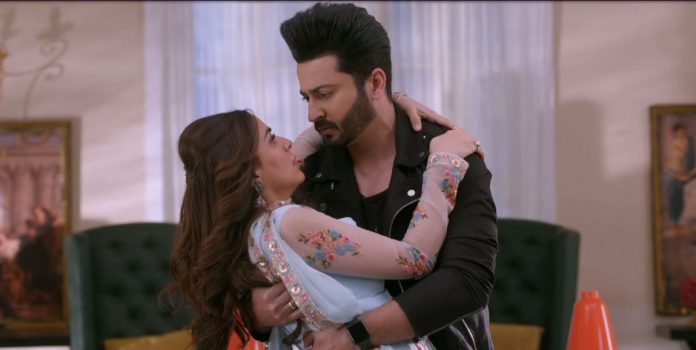 Kundali Bhagyaa Romance Onset Sherlyn provokes Mahira Preeta is thankful to Sarla for permitting her to attend Dadi. Sherlyn tells Mahira that she has to kill Preeta to make her away from Luthras forever. Mahira doesn’t understand her at first. Sherlyn explains her that Preeta has to die. Mahira can’t believe this. She doesn’t know how to do it. Dadi cries in pain. Kareena asks Karan not to call Preeta. She doesn’t think Preeta will come. She tells that Preeta is intentionally getting late. Rishabh tells her that Preeta would be coming soon. He doesn’t want Kareena to judge Preeta so soon. He wants to go and get Preeta.

Karan tells Rishabh that he will go and pick her from home. Rishabh is sure that Kareena is angry. He tells that Sarla would have stopped Preeta from coming. Kareena tells that Sarla is gold digger and would send Preeta certainly. Rishabh knows Sarla was much hurt and would be worried for Preeta. Dadi asks Kareena not to insult Preeta when she comes. Karan and Preeta get into a moment when she arrives home. Mahira and Sherlyn witness them sunken into the romantic moment. Sherlyn is sure that Mahira will get provoked by the sight and kill Preeta.

She gets happy that her plan is working. Karan thanks Preeta for coming. Karan and Preeta feel they didn’t change yet. They waste time in argument, instead rushing to Dadi. Mahira sheds tears of sorrow. Sameer and Shrishti enjoy the icecream. She teases him to be a coward. He really sees Sarla and hides. Shrishti doesn’t believe him at first. She sees Sarla and hides from her. He calls her a coward too. He tells that there won’t be any problem if Sarla sees them. She apologizes to them. Sameer wants to escape. Sarla thinks he is a vegetable stall owner. Shrishti asks Sameer to get up and hide his face. Sameer makes a story to hide his face.

He sees the stall owner coming. He thinks his truth will come out. Shrishti doesn’t want to get seen by Sarla. Preeta checks Dadi’s injury. She treats Dadi with much love and care. She tries her best to relieve Dadi’s pain. Dadi gets much relief. Rishabh tells Rakhi that he is tension free with Preeta’s coming. Dadi tells Preeta about the medicine box. Preeta looks for the box. Rishabh thanks Preeta for coming despite the differences between their families. Sameer and Shrishti beg the stall owner to not tell anything.

Sameer tells that he lied to Sarla to sell the vegetables. He gives money to the man and covers up his lie. Janki sees Shrishti and Sameer. They ask Janki not to tell anything to Sarla. Janki agrees to them. She find them naughty. Shrishti runs away. Sameer tells her that he was really scared. Preeta calls Shrishti to inform that she is at Luthra house to treat Karan’s Dadi. Shrishti gets hopeful that Karan and Preeta will get together. Karan wants to ask Preeta about Dadi’s condition. Karan follows Preeta to the storeroom. Shrishti tells Sameer that Dadi called Preeta home. They want to celebrate the good news. Preeta and Karan come closer, while Mahira gets revengeful.

Best Comment on Kundali Bhagya’s last post by Donna:
When is Sheryln going to make her baby. Is she making an elephant. When is she going to get caught withe her evil plans. I am Totally fed up with this. Evil always wins over good.