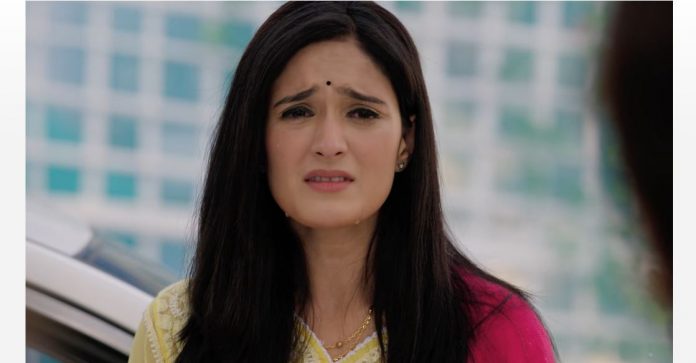 Yeh Rishta Vedika farewell finally Reentries lined Kartik and Naira explain Vedika her mistake. Vedika reacts angrily even when her truth is out. Naira tells Vedika that if she didn’t donate any kidney, then the deal won’t be valid. Kartik shows the real reports. He tells that Vedika didn’t donate any kidney. Naira tells the family that Umesh is the person who donated the kidney for the sake of money. She tells that Naksh has finally found him and also took his signed statement. Kartik tells that he had a doubt on Vedika when he saw Naira at the hospital. He had overheard Pallavi and Vedika’s conversation and learnt their plan.

He tells Vedika that Naira and he learnt her truth. Vedika finds them cheating her. She threatens to not divorce him. She doesn’t want him to go with Naira. Kartik clears her misunderstanding. He tells that he has taken her signs on the divorce papers. She asks Kartik how could he cheat her. He explains that this was an answer to her cheat. He tells that Naira stopped him from exposing her truth. He adds, Naira knows Vedika’s efforts for the family, her goodness and love for Goenkas. He appreciates Vedika’s good deeds. He tells that Naira wants to forgive her. He also forgives Vedika.

Dadi tells Vedika that they will forgive her if she repents for her mistakes. She feels guilty that she also did wrong with Vedika. She asks Vedika not to choose the wrong path and keep patience in sorrowful time. Vedika doesn’t think she deserves them. She feels guilty for her crimes. She finds them big hearted. She asks them to punish her sternly. She cries a lot. Naira supports her so that Vedika rectifies her mistake. Dadi asks Vedika to go away from their lives and try to find happiness. She doesn’t want her to curse herself for hurting Kartik and Naira. She tells that everyone has a right to stay happy.

She asks Vedika to try to be happy so that she can move on in her life. She wishes Vedika all the best. Vedika feels sorry for herself. She didn’t wish to hurt anyone. She hugs Dadi. She gives her nuptial chain to Naira with her good wishes. She tells that none can separate Kartik and Naira. She goes away from their lives.