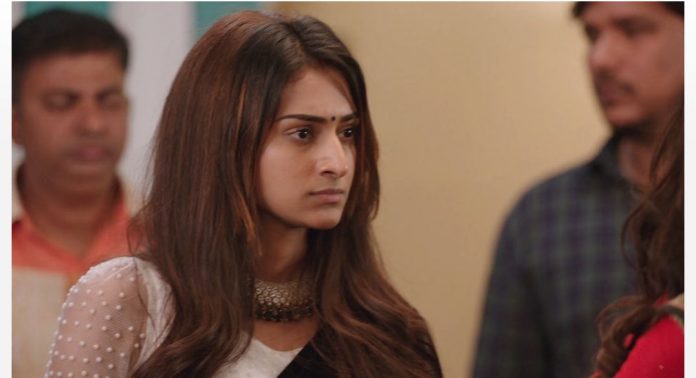 Kasauti Zindagi Prerna dead Heart wrenching twists Prerna gets help from the villagers. She likes the caring family. She learns that the lady is a local doctor. She takes rest. She wants to call Anurag. The lady tells that its tough to arrange a phone. She tells that even her daughter is pregnant, so she feels more caring towards Prerna. Prerna is thankful to them. She doesn’t know that she is in Jagga’s house. Komolika gets mad at Jagga who tells that he can’t find Prerna, who is out of his reach now. He tells that the jungle is vast and he can’t run to find Prerna. She threatens to kill him if he doesn’t find Jagga.

She wants Prerna at any cost. Anurag comes to the same cottage, feeling that Prerna had been there. He thinks to check the cottage once to get some clue even if Prerna’s not there. Ronit calms down Komolika so that they can think well and plan to trap Prerna. Komolika doesn’t like Ronit’s advice. She answers Anurag’s call. He asks her to help him by informing his location to Moloy. He asks for sending police team to his location, since he has a doubt about Prerna’s presence. Komolika realizes that he has reached the same cottage.

She gets a big shock on seeing him from the window. Anurag tells her that he will check the place well and await for the police team. He tells that Prerna had thrown her anklet to sign him about this cottage. Komolika informs Ronit that Anurag has come. Ronit asks his goons to hide quickly, Anurag is getting inside. Komolika too runs to hide. Anurag doesn’t see anyone. Komolika, Ronit and Jagga make a leave, while one of the goon gets stuck inside. Prerna gets a huge shock on seeing Sanju and Jagga coming to the village lady’s house.

She learns that its their house. She wants to escape and save herself from Jagga. Jagga finds Prerna there and tells them that Prerna had broken Sanju’s leg. The family gets mad at Prerna. They want to kill her. Jagga stops them from hurting Prerna and calls Komolika. He informs that Prerna had reached his house to get shelter, she is badly stuck in his clutches again. Komolika laughs on Prerna’s fate. Komolika and Ronit reach Jagga’s house to meet Prerna. Komolika threatens Prerna. Jagga’s wife demands more money from Komolika.

Komolika agrees and commands Jagga to take Prerna for the killing. Prerna slaps Komolika. Jagga hits Prerna with a flower vase. Prerna faints down. She is taken to the cliff edge, where Komolika wants to kill her. Anurag spies on the goon and learns that Prerna is taken to the cliff area. Anurag rushes to save Prerna. Anurag wants to save Prerna and her child, since he has promised her. Komolika orders her goons to throw Prerna down the cliff so that she dies for sure. Anurag finds Prerna dying in front of his eyes. Will Anurag get late in reaching Prerna and lose her forever? Keep reading.