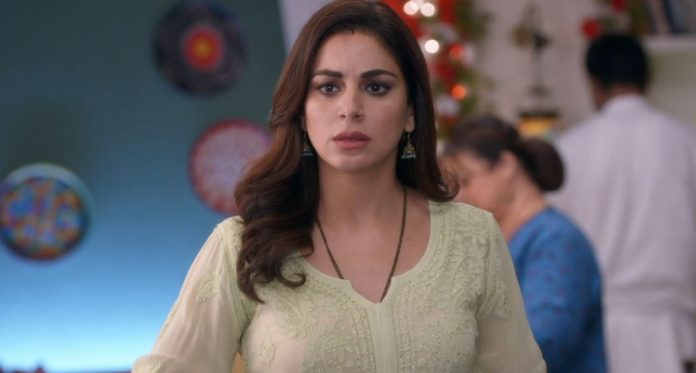 Kundali Upcoming Prime twist Kumkum Bhagyaa Raabta Abhi and Purab return back to the coffee shop after Sanju eloped. They wait for Pragya. Abhi gets restless and tells Purab that Pragya didn’t come. Pragya comes to the café with Ranbir and Prachi. Ranbir likes the place and asks if it is her choice to have coffee here. Abhi looks for her, but they don’t see each other. Aaliya asks Sanju to leave and says she will call him when the time is right. Sanju says if I leave from here then Prachi and Ranbir will get together. He says I know that Ranbir loves Prachi. Rhea hears this and gets upset. She also knows this truth and has been doing everything just to keep Ranbir away from Prachi.

Gudiya Hamari Sab Pe Bhari: Gudiya asks Nanhe Lal to go to bathroom as Radhe is stuck inside. Nanhe Lal gets keys from Pappu and tries to go, but Sweety runs before him and admires her face in the mirror. Radhe is hiding behind the door and is shocked. Before Sweety could see him, Nanhe Lal takes her out. It was difficult for him to take Radhe out in front of everyone.

Kundali Bhagya: Rakhi gives hope to Sarla that Mahira will withdraw the complaint. She promises Sarla. She wants Sarla and Preeta to stay relieved. Police comes to Sarla’s house to arrest Preeta again. Sarla gets too worried. Sarla says Preeta will come to Police station for the questioning. Inspector says she was accused for trying to kill Mahira Khanna and pushing her in front of truck. He says now she is charged with two more cases. Preeta is shocked and tells that she is innocent.

She says Rishabh Luthra had bailed her out as she is innocent. Inspector says this time nobody will come to bail her out. He says we have proofs against you. He arrests Preeta and takes her to the police van, right in front of Karan’s eyes. Karan stands like statue and doesn’t stop the police. Preeta looks at him with much hope. Will he stop her arrest? Keep reading.

This serial is getting worst day by day. The character of Karan is total rubbish in all the senses. Preeta is always portrayed as a bechari, she should at least take stand for herself. Moreover Sherylyn has all her ways of getting everything done against Preeta and everyone believes her, wow. Not karan, but preeta should actually get married to Rishabh. He’s more mature and understanding than Karan, atleast he believes her.

Kalyani comes to the grass room finding some noise coming from there and asks who is here? She sees someone going and thinks Rachit is there. She calls Rachit’s name and says she will hit him. She hits Malhar thinking him Rachit, but he holds the stick and asks what is the matter, so much love for your new husband. Kalyani says Rachit has planned it, and you spoiled it all. Malhar asks her to stop it and says I know all the truth. Kalyani is shocked. Malhar tells her that he knows that Sampada and Rachit are blackmailing her using Moksh.