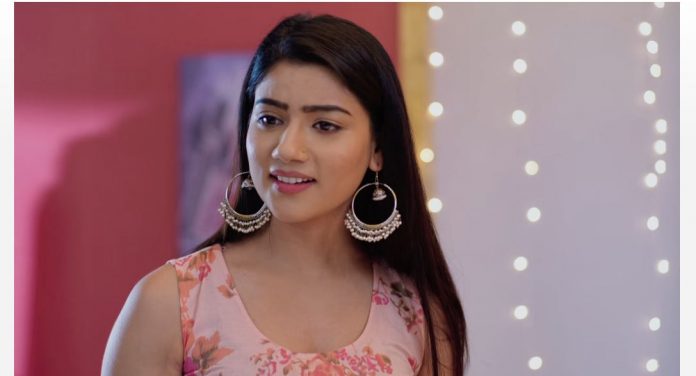 Yeh Rishta Alert Trisha Troubled Lav upsets Naira The family gets a huge upsetting shock when they learn about Lav and Kush’s blunder. They find Lav’s friends leaving and ask about them. The friends make a timely excuse and leave. Lav and Kush face the family when Kartik reveals their blunder. Kartik tells the family that Lav and Kush were having beer with their friends and also gave the same to little kids, Kairav and Vansh. Akhilesh gets steamed with anger. He didn’t expect his sons to do such a big mistake. Kartik throws the beer cans. Kartik and Naira reprimand Lav and Kush, which leaves Surekha ashamed. Surekha wants them to give a chance to her sons to explain.

Kartik tells that Trisha has seen the kids and alerted him. Lav gets to know that Trisha has told Kaira about his mistake. He controls his anger. He gets saved from Akhilesh’s mistake. Lav asks them to listen once. He tells them that he had added soft drink in the cans meant for the kids. Manish doesn’t think that this is something better. Akhilesh punishes his sons. He asks Kartik to not buy the bikes for them. He also tells that Lav and Kush will be grounded at home for few days. Lav gets too upset and blames Trisha.

Kush doesn’t think that Trisha has some role in the matter. Lav tells him that Trisha has a serious problem with him. He wants to teach her a lesson. Kartik feels Lav and Kush aren’t at much fault. Naira is scared seeing their courage. She tells Kartik that if they can take this step in the family’s presence, then they can do anything in their absence. She wants Kartik to not give unnecessary freedom to Lav and Kush, which will just spoil them further and encourage them for bigger mistakes. Kartik doesn’t think that they need to worry so much regarding a petty thing. Kartik and Naira have different opinions.

Lav and Kush come to meet Kartik. They justify themselves. They tell Kartik that they love Kairav and Vansh a lot. They get emotional and recall their earlier birthdays when they missed their family so much. Kartik realizes their sorrow over the lost family time. He forgives them and asks them to talk to the family as well. He promises to buy the bikes for them. He tells them that he will talk to Akhilesh and Naira. He asks them to become responsible, matured and sensible again. He makes them promise that they will always share things with him, without any fear. Lav and Kush get glad to get his support. Naira stays upset on them.

He tells them that Naira loves them a lot. The Goenkas celebrate the republic day. They plan to accompany Naira to the dance academy and applaud for her performance. Naira tells that Trisha is also performing with her. Kartik takes Lav and Kush along to help them. Lav finds a chance to trouble Trisha. Kartik and Naira await Trisha for the performance.