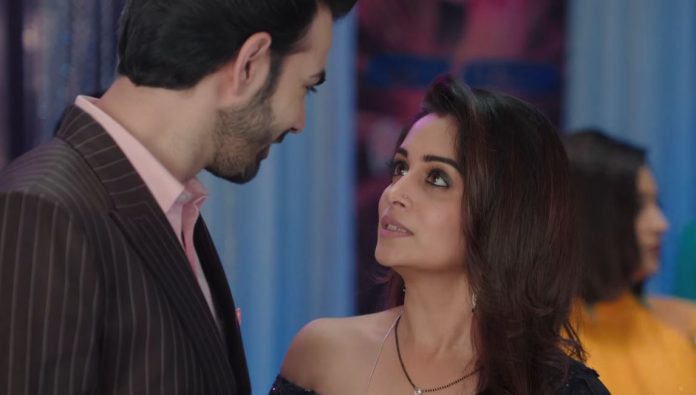 Kahaan Hum Starplus NEW Ronakshi expose Nishi Sonakshi takes the big leap of faith by confiding in Rohit. She tells Rohit about a family member responsible for Naren’s condition. She tells him that someone has tried to murder Naren and showed it up as a suicide attempt. She regrets the fact that the clever culprit has framed her in the suicide case. She tells Rohit that she has seen the evidence found by the police, the video clip shows the attacker pushing Naren down the balcony. Rohit receives a huge shock on knowing that a Sippy has done the heinous crime. He can’t believe the shock.

Sonakshi tells him that ACP has shared the news with her and also showed the proof. She also clears her name from the fake pre-nuptial agreement. She tells him that ACP has the reports of the forgery done to frame her, the murderer has forged her signs to make the family against her. Rohit gets convinced by her on hearing about the ACP’s inputs. He doesn’t think the police investigation can go wrong.

He tells Sonakshi that he will help the police in finding the culprit. She tells him that the culprit is a left-hander. Rohit tells the family about the culprit hidden in the family. He gets helpless to reveal the truth when Veena and Nishi accuse Sonakshi for Naren’s state. Sonakshi and Rohit reveal that Nishi is the culprit.

This shocks Veena. Yash takes his wife’s side and defends her. He asks Sonakshi not to forget Nishi’s huge sacrifices for Naren. Sonakshi tells that Nishi and Yash are the culprits. Yash can’t believe that Sonakshi is accusing him. Pooja defends her foster parents. Veena too believes that Nishi is innocent. Akash and Rohan ask Veena to throw Sonakshi out of their family, since she isn’t deserving to be a Sippy. Nishi asks Veena to oust Sonakshi from the house. Sonakshi and Nishi’s ongoing challenge brings many twists. Rohit asks Veena to give a chance to Sonakshi to keep her clarification. Rohit and Yash defend their wives and get into a huge brawl.

Reviewed Rating for this particular twist: 5/5
This rating is solely based on the opinion of the writer. You may post your take on the show in the comment section below.