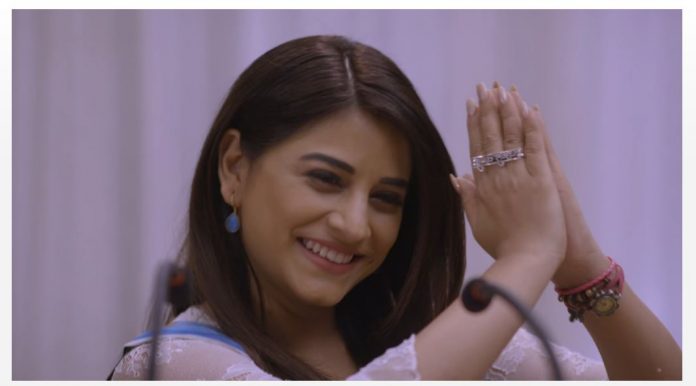 Nimki Vidhayak off air Nimki swag doubles Happy ending Ganga waits to send Nimki to jail. She asks the police to arrest Nimki. Anaro gets her memory back. She tells Sweety that her memory never went away, she did the big drama just to trap Nimki. She wants revenge on Nimki. She wants to free Tetar from the jail and punish Nimki. She tells that Tetar and she will kill Nimki. She wants to rejoice on Nimki’s death. Sweety tells Anaro that this isn’t right, Nimki did a lot for her. Anaro hates Nimki since ever. She asks Sweety not to be with her enemy. Nimki goes to meet Ganga Devi. Nimki gets Ganga’s call and tells her that she has come to her home. She asks Ganga if she won’t come in the oath ceremony.

Ganga asks Nimki why isn’t she in jail. She is shocked that Nimki is free. Nimki tells that Ganga will be going to the jail, she has the evidence against her. She knew that Ganga and Anaro hate her and may trap her. She tells Ganga that Anaro’s memory was always intact. She knew Ganga’s evil plans. She explains how she has managed to outdo Ganga Devi’s big plotting. Sweety learns about Anaro’s fraud. She cries and feels ashamed of her. Nimki had guessed Ganga’s next plan and prepared to outsmart her. She tells that she has made her plans beforehand and got the witnesses’ statement recorded.

She tells that police will be arresting her and also the culprits involved in the scam. Mishra tries to run away, but falls down. Nimki stops him from escaping. She jokes on Mishra’s threatening. Ganga is shell shocked that Nimki has exposed her crimes. She gets arrested. Nimki goes for her oath ceremony. She expresses her take on the life’s problems. She asks the people to always have the swag, always tackle the problems with a smile, so that life’s tragedy seems like a comedy to them. Nimki takes the oath and becomes the CM.