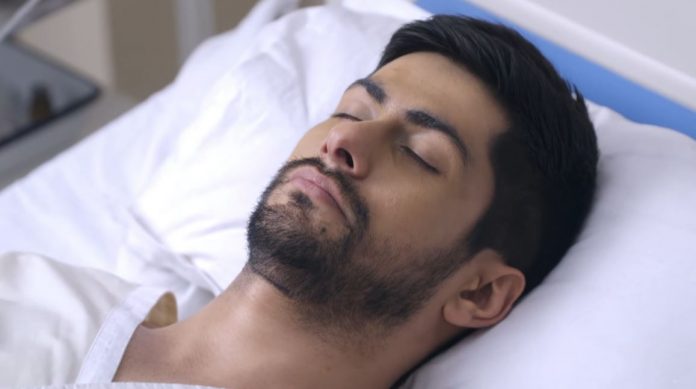 Sanjivani Starplus Grave danger twist Rush for Sid’s rescue Ishani leaves Sid at the nursing home, without realizing that his life has fallen in danger. Ishani reaches Sanjivani. She meets Philo and Rahil. They enquire about Ishani. Rahil tells him that Sid is getting punished for his cheat, she is hurting Sid intentionally just because of Sid’s mistake to leave her in the marriage mandap. He asks her if Sid and her relation was limited to the love affair. He tells her that Sid was her senior, her mentor and moreover her best friend, with whom she lived the best moments in Sanjivani.

He also adds that Sid is Shashank’s son, Shashank is the soul of Sanjivani, she can’t risk Sid’s life like this and hurt Shashank. He asks her to at least respect Shashank and tell them about Sid. He wants to know where did she send Shashank. He tells her that Sid has trained her so much and made her a capable doctor, she needs to return the favor by saving Sid’s life. Ishani’s hatred for Sid gets too high. She doesn’t utter a word. She doesn’t tell anything to them. Philo also asks her to tell about Sid and remember a doctor’s duty.

NV calls Rahil and informs him about Sid’s life fallen in danger, because of Ishani’s mistake. He tells Rahil that Sid is stuck at the nursing home, where the fake doctors run organ theft racket. Rahil is shell shocked and reprimands Ishani for falling so low. He runs to save his friend. Ishani accompanies him. Rahil and Ishani try to find Sid in the nursing home. They fail to find him soon. Sid is taken for the surgery, where the doctors conspire to steal all his organs and kill him. Rahil reaches on time and bashes the doctors. Ishani cries on seeing the bad set up. She didn’t know Sid will fall in such danger. She regrets her actions.

The police reaches there after NV informs them. The Inspector asks Rahil not to take law in his hands and let them handle the fraud doctors. NV instructs the police to send back Sid to his house. Rahil wants to take Sid to Sanjivani. Inspector doesn’t allow him. Rahil accuses Ishani. He feels she is a stain on friendship. He yells at her and makes her sob on her mistake. Ishani returns home and finds NV with Sid.

NV tells her that he has got Sid home, knowing he is in trouble. He tells that she tried to shift Sid in his absence, but still he is a responsible man to protect his family. He tells that Sid is part of his Sanjivani family. He owes a responsibility towards Sid. He tells her that she has taken the impulsive decision without thinking of the consequences. Ishani cries to apologize to him. NV forgives her knowing she didn’t intend to get Sid killed.

She explains that she just wanted to make Sid away. NV asks her to allow him to send Sid to Sanjivani, if she doesn’t want Sid home. Ishani tells him that she will quit her work in Sanjivani if Sid is shifted there. He doesn’t want her to be selfish. He explains her that she needs to do her duty. She gets stubborn once again. Bittu gets the neighbor ladies home to introduce NV and Ishani. The ladies ask about Sid. Bebe makes excuses to cover up.

The ladies plan Ishani’s Mu dikhai. They want NV to repeat the marriage rituals. NV and Ishani get reluctant. Ishani still loves Sid. She doesn’t want NV to fulfill the rituals. She gets disturbed by Sid’s presence. NV and family get speechless by her reaction. The ladies get a topic to gossip. NV wants Ishani happy some way.