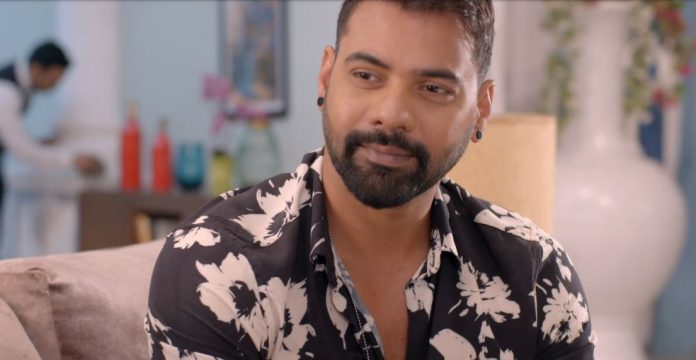 Kumkum Bhagya Abhi huge hopes Prachi reveals her plan Maya and Rhea discuss about Saloni, who is posing a problem. Maya suggests that she pay Saloni enough money and change her mind. Rhea goes to talk to Aaliya. She meets Aaliya, who asks her about Ranbir. Rhea tells about the new trouble maker, Saloni. Aaliya can’t believe about another molestation blame on Ranbir. She knows its all fake. Rhea tells her about the shocking claim by Saloni. Rhea states that Saloni wants revenge on Maya. They have to prove that Ranbir didn’t molest anyone. Aaliya doesn’t want courtroom drama. She tells that Prachi and her mom should hate Ranbir. She asks Rhea to prove his innocence.

Rhea tells that Saloni will get away if they pay her well. Aaliya assures to handle Saloni’s matter. Pragya pampers Prachi and Shahana. Prachi is happy to cook the dish. Shahana feels proud that she has also worked hard. She tells that Sarita is torturing them. Sarita tells that girls should work in their home, especially cooking. She wants them to know kitchen work. Pragya agrees with her. She asks Prachi if she told Ranbir. Prachi tells her that she told the truth and now everything is fine. Pragya is proud of her. She feels Prachi is her shadow. She wants to send the dish’s picture to Abhi.

She clicks a picture and goes to inform Abhi about their daughter’s first dish. She fails to connect to him, because of Aaliya. She thinks what happened that the connection isn’t forming. Meanwhile, Abhi pulls Ranbir’s leg. Ranbir tells that he is happy. Abhi likes his happy smile. Ranbir tells him that his friend believes him, which is a big surprise for him. Abhi thinks he is talking about Rhea. He knows Rhea loves Ranbir and proved him innocent. He asks Ranbir about his friend. Ranbir doesn’t tell about Prachi. He tells that she told him not to tell anyone about her. Abhi wants to hear Rhea’s name from him.

Ranbir doesn’t want to say that he loves Prachi. He wants to talk to Rhea first. Abhi also agrees with him. Abhi tells Ranbir that he knows everything. Rhea finds Ranbir in a happy mood. Ranbir gets Prachi’s call. Rhea likes him a lot. She goes to Aaliya to collect the cash. Abhi spots them and asks about the cash. Aaliya tells him that she wants Rhea to do the office interiors. He asks Rhea to use his card. He offers more work to her. He asks her to give a makeover to his cabin also. They try to fool Abhi. He suspects them, knowing they are hiding something.

Later, Ranbir meets Prachi. He goes lost once again. He likes her a lot. He wants to know her likes and dislikes. She asks her the plan. Prachi taunts on his silliness. She asks him to drop her to Maya’s house. She wants to stay with Maya all day and spy on her. He likes her plan. They see Rhea. Prachi hides from Maya. She asks him to not meet Rhea and just drive away. Rhea doesn’t see Prachi with him. Ranbir tells Prachi that he has changed a lot, he isn’t a bad boy now. Prachi wants to know Maya’s next move.