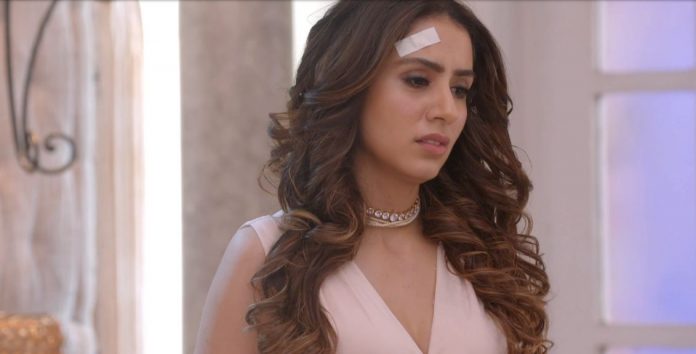 Kundali Mahira shocking revelation Karan Preeta separation Sarla tells Janki that she is happy that Karan believes Preeta. She doesn’t have any hopes from Karan. She tells that she is relieved, but she can’t rely on him completely, he will be helpless too because of his family. She wants to get Preeta home. Karan meets Mahira to make a request. Mahira asks the matter. He tells her that he should have spoken to her before. He asks her to withdraw the complaint against Preeta. She refuses to do so. She tells him that Preeta has really tried to kill her. She maintains the same statement.

She feels Preeta hates her and wants to stop the marriage. She wants to marry Karan. He tells her that he is ready to marry her. He knows she has been in pain. She tells that she has undergone pain and fear too. She asks him if he will guarantee her safety. He tells that he trusts Preeta, who can never do this. She doesn’t think she should help Preeta. Rishabh is thankful to Sherlyn. She tells that she is glad to come back to her family. She lies that she loves him a lot and came back for his sake. He is glad that she took good care of Mahesh.

He expresses his happiness that she came back home. She requests him to have a cup of coffee with her. He refuses at first. She wants to fool him by her good Bahu drama. She plans to rule on Luthra family. Karan tells Mahira that Sherlyn is spreading the hatred for Preeta. Sherlyn feels Mahira is her puppet. She is sure that everyone will forget Preeta soon. She feels like a winner. She goes to meet Mahira. Mahira tells that she knows Preeta’s crime. Karan asks Mahira to trust Preeta if she trusts him. He asks her to get rid of her insecurities. Mahira tells that she is scared of losing him, he will back out from the marriage if Preeta gets free.

He understands her fears and thinks this maybe the reason that Preeta is framed in the false blame. She doesn’t want to take a big risk. Sherlyn happens to overhear them. Mahira tells that he will support Preeta as expected. He thinks he has to convince her some way in order to help Preeta. He tells that he promises to marry Mahira, he will not listen to Preeta, he will end Mahira’s fears completely. He keeps a condition and asks her to take the case back. Sherlyn doesn’t think Mahira is foolish to believe him. Karan and Mahira fix the deal. Mahira gets glad. She thinks just the marriage matters, Preeta will be out of their lives soon.

She agrees to him, shocking Sherlyn. Mahira tells Karan that she will prove Preeta not guilty in the court. Karan thanks her. Sherlyn vents anger on Mahira after he leaves. She slaps Mahira to get her to senses. She doesn’t want Mahira to ruin her plan. Mahira and Sherlyn get into a big argument. Sherlyn warns her against the cheat. Mahira asks Sherlyn to stay out of her matter. She counts Sherlyn’s mistakes. She doesn’t want to hold the grudge. She forgives Sherlyn. Sherlyn wants to know what can Mahira do against her. Mahira threatens her.

She asks Sherlyn not to be overconfident again. She reveals that she had planned everything in advance, she is the mastermind and Sherlyn is just her puppet. Mahira tells that Karan is unaware of her truth. She acted pitiable in front of Karan to make him keep this marriage proposal. Karan gets glad to think of Preeta’s release. He wants to meet her. He misses her and feels love for her. Preeta thinks of Karan and misses him dearly. She is disturbed about Karan and Mahira’s relation.

The serial is so senseless. The female and male lead is so dumb and stupid. That idiot karan always supports preeta as per his mood. I dont understand what the hell are they trying to show us That preeta expect karan to save her. I don’t know what problem he has with preeta.