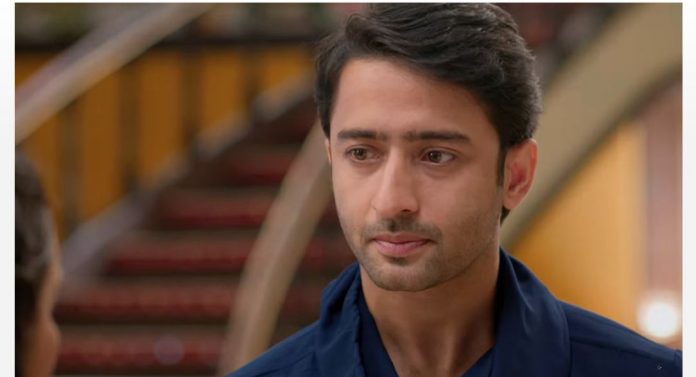 Rishtey Starplus Abir shocking demand stuns Meenakshi Abir is in dilemma over Meenakshi’s change. He doesn’t know she has really changed or faking goodness once again, since she has done this last time when he got engaged to Mishti. Mishti reads Nannu’s letter and gets emotional. He doesn’t think it was her mistake and asks her to stay happy. She doesn’t want to waste his sacrifice. She decides to be happy so that she can keep her promise to her friend. Meenakshi buys some sarees for the family women. Nidhi asks Kunal to choose one for Kuhu also. Kunal isn’t sure if Kuhu will like his choice. Kunal feels Kuhu is herself a rainbow like colourful personality, she doesn’t need colours in her life.

He still buys a saree. He gets his lawyer’s message. He goes to meet Mr. Kedia. He learns that his divorce hearing is on the same date on which Abir and Mishti’s marriage. Kedia hands over the divorce notice. He tells that he may cancel his divorce, since the papers aren’t signed. Kunal is delighted to know this. He wants to change his decision, since he has fallen in love with Kuhu. He doesn’t want to sign the papers. Kunal goes to give his gift to Kuhu. Kuhu refuses to wear the saree. She finds it odd that he is gifting her a saree when they are close to divorce. Kunal requests her to wear the saree for his sake.

She is angered that he doesn’t remember the date of their separation. She doesn’t wear the saree. She chooses her dress. Meenakshi learns that Parul is with Abir. She thinks if Parul is going to make Abir against her. She doubts on Parul. Parul tries to advice Abir to not doubt his mother, Meenakshi. She tells that Meenakshi would have not told her mistake if she had something against Mishti in her heart. She wants Abir to trust Meenakshi. Nanu doesn’t think so. He also doubts Meenakshi, who has broken their trust again and again. He wishes that Meenakshi doesn’t do anything again. He is also scared of Meenakshi’s plotting.

He knows that even Maheshwaris will have fear in their minds. Abir feels that his alliance isn’t giving happiness to anyone, because of their fear. He meets Mishti and asks her to think if they should move out of the family. She asks him if Meenakshi told anything. He tells her that she can think well. She doesn’t want to take Abir away from his family. She still takes time to think well. Maheshwaris meet Rajvansh family. Meenakshi praises Maheshwaris and give them a good welcome. She likes Jasmeet for coming for Mishti’s sake. Kuhu welcomes them as well. Kunal gets upset that she didn’t value his gift. He learns that she is upset about their divorce. He wants to tell his decision. Abir meets Vishwamber.

He tells Vishwamber that he wants to promise to keep Mishti and her family happy. Meenakshi fixes the marriage date. She tells them that they shall proceed with the shagun rituals. She hands over the shagun items to Mishti, which she kept for her Bahu since long. Abir stops Meenakshi and stuns her by asking her to stay away from his marriage functions. He tells that he doesn’t want anyone to pretend happy and hide their inner feelings for his sake. He tells that Meenakshi isn’t happy, but is acting happy, like Mishti is also hiding her fears. He wants everyone to be happy. He doesn’t want to force anyone. Meenakshi gets heartbroken.

She makes Parul perform the shagun rituals. She blesses Mishti and tells that she has accepted her as Abir’s happiness. Mishti feels bad and thinks if Abir has done right. Abir wants to be happy with Mishti. He suspects Meenakshi again and gets angered. Meenakshi repents for her past mistakes and explains that she isn’t doing anything wrong. Will Meenakshi win Abir’s trust? Keep reading.