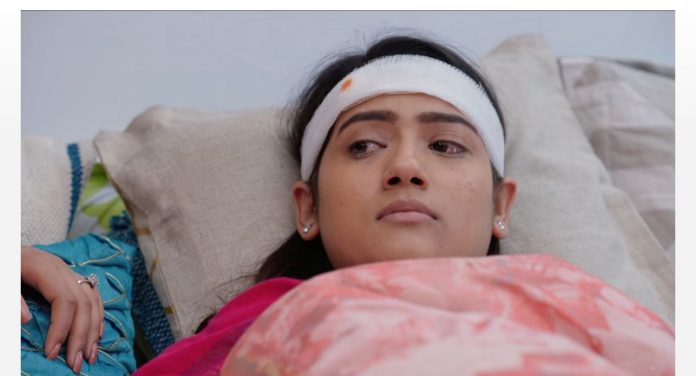 Starplus Yeh Rishta Huge secret close to unveil Kartik and Naira meet Trisha and find her crying. They ask her to recover fully so that they can find her real culprit and get justice. Kartik wants Naira to be strong so that they can together take care of Trisha. Naira asks Trisha to answer them. Trisha doesn’t tell anything, since she isn’t in a state to speak up. She still needs to come out of the trauma. Naira realizes her pain and cries out. She asks Naira if they will leave Trisha at the hospital, which isn’t safe for her now.

Kartik assures that they will take Trisha home along with the best medical facilities and get her recovery done safely. They learn about Trisha’s paralysis. They are much sorrowful. Lav and Kush are too stressed on hearing the family discussions. The family is too angry on the culprits who ruined Trisha’s life. They want justice for Trisha. Surekha doesn’t want them to take any desperate measures, which may put her sons in trouble.

It seems Surekha has already known that her sons are behind Trisha’s molestation. Lav and Kush are scared to get caught. They think it will be better if they avoid Trisha. Kartik and Naira bring Trisha home, failing their plan of ignorance. Goenkas meet Trisha and sympathize with her. Manish asks Kartik the reason for bringing Trisha home, when she will recover fast under doctor’s supervision in the hospital.

Kartik tells them that Trisha isn’t safe there. Dadi wanted Kartik and Naira to take their advice before bringing Trisha. Lav and Kush think Trisha is paralytic, but she can still react on seeing them. They plan to go back to their hostel. Kairav and Vansh question them. Kush explains Kairav that they will plays games next time. Lav vents anger on Kairav, when the latter talks about the chip packet plantation. Kairav gets too scared when Lav yells at him for the first time. Naira settles Trisha in her room. Dadi asks Naira why did she discuss with them before taking the big decision. Dadi and Manish are concerned about the media also.

They don’t want the family to lose their name. Surekha disrespects Trisha. Naira takes a stand for Trisha. She asks them to value Trisha’s life than their social status. Kartik stands by Naira. He also feels that Trisha can stay safe and recover fast at home. Dadi doesn’t want to argue with them. She advises the family to just support Kaira. Lav and Kush tell their parents that they are going for attending extra classes. Akhilesh finds it fishy. Surekha convinces him to let them go. She doesn’t want them to get accused by Trisha.

Dadi calls Naksh home to tell about Naira’s decision. Dadi and Manish explain the demerits of bringing Trisha home. Kairav is scared because of Lav. But, the family thinks that Trisha’s presence has scared Kairav and turned him silent. They ask Naksh to explain Naira to send Trisha to any good hospital, where they can provide security as well. Naksh doesn’t think he will succeed in changing Naira’s decision. He understands their concern and assures that he will try to change Naira’s decision. Kartik asks Lav and Kush to stay with them for more time.

Lav promises to be back soon. Kartik takes them to meet Naira and Trisha. Trisha reacts on seeing them. Naira asks Trisha about the culprit. Trisha points towards Lav. Naira and Kartik don’t understand her. Lav and Kush try to get away before getting sighted. Doctor examines Trisha and thinks its a sign of improvement. Naira tells that Trisha was really trying to say something. Kartik finds a way to get the truth out. Will Kartik and Naira learn Lav and Kush’s crime? Keep reading.