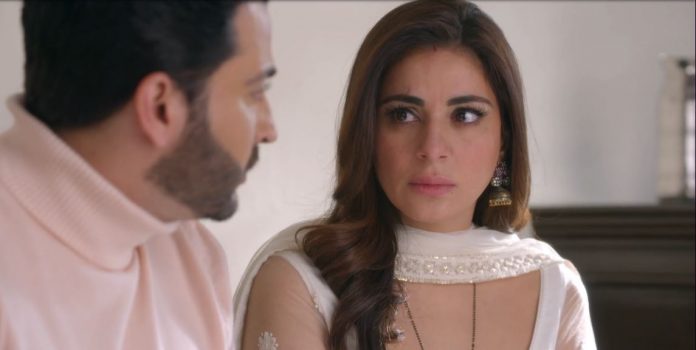 Kundali NEW Upcoming Karan Preeta peak moment Janki and Shrishti threaten Sherlyn. They shock Sherlyn by telling that they know her plans already and hired a new lawyer for Preeta. They ask Sherlyn to take the money back from Sharma. She angrily steps on Sherlyn’s foot and hurts her. Sherlyn wants revenge on her. She gets angry on Sharma for failing her plans. She slaps him. She asks him why did the truth get exposed. On the other hand, Karan is super worried that Mahira isn’t turning up at the court. He doesn’t know the reason for her absence. He tells Sameer that Mahira isn’t answering.

Sherlyn is hurt and reaches him. She tells him that Mahira doesn’t want to lie in the court, that is why she isn’t here. Karan and Sameer get angry on her. Preeta looks at Karan with hope. Mahira’s lawyer Rakesh frames Preeta for the murder attempt on Mahira. Sherlyn meets Baabi, the truck driver. She threatens him to leave, else get arrested. Baabi tells that he will name her for the conspiracy. He demands money from her. Preeta finds them talking. She suspects them. She realizes that Sherlyn is behind the trap. Sherlyn sends Baabi away and promises to give him money. The lawyer accuses Preeta badly.

Preeta and Sarla are much worried. Even Rishabh and Karan don’t understand anything when the unprepared lawyer fails to defend Preeta. Karan has hired the lawyer Ravi. Ravi gets under-confident. Rakesh explains the case to Ravi. Rakesh tells him that he has to defend his client, not the opposition. Ravi apologizes to the court. He defends Preeta. The judge understands that Ravi just took the case and has no information regarding it. Sarla tells about her lawyer Sharma backing out. She pleads to get some time for Ravi. Judge announces a break to let Ravi speak to his client. Karan feels bad seeing Preeta with the police.

Rishabh asks Ravi to stop the hearing for some time, since Mahira will come and withdraw the case. Karan goes to meet Preeta. He argues with the inspector. Shrishti handles the matter. She seeks permission for Karan to meet Preeta. Karan and Preeta meet and get emotional. He assures her that he will not let anything happen to her. She believes him blindly. She tells that she knows him well and even then she trusts him. Ramona looks for Karan. She tells Kareena that Karan has gone to meet Preeta. She wants Preeta to get punished. She doesn’t know why Mahira didn’t come. She feels Mahira will be in trouble if Preeta gets freed.

Kareena asks her to settle her insecurities. Ramona feels its quite evidence that Karan will run after Preeta. Rakhi asks Ramona not to take the matter seriously. Ramona tells that she knows everything happening. She gets angry on Luthras. Rakhi asks her not to worry. Rishabh tells them that Sameer is asking him to divorce Sherlyn. He distracts everyone by raising this divorce topic. Rakhi reprimands Sameer. Kareena doesn’t think that Sameer has any right to talk in between. The family supports Sherlyn. She scolds Sameer for suggesting divorce.

Rishabh then clears Sameer’s name. He asks them not to interfere in Karan and Preeta’s marriage. He tells that Preeta is married to Karan. He calls everyone wrong. He feels bad that no one took a stand for Karan. Preeta tells Karan that he can easily find his answers. He asks her about her strong belief. She doesn’t want to answer him. Preeta wipes her tears. She asks him about his promise to Mahira. Karan doesn’t reveal anything to her.