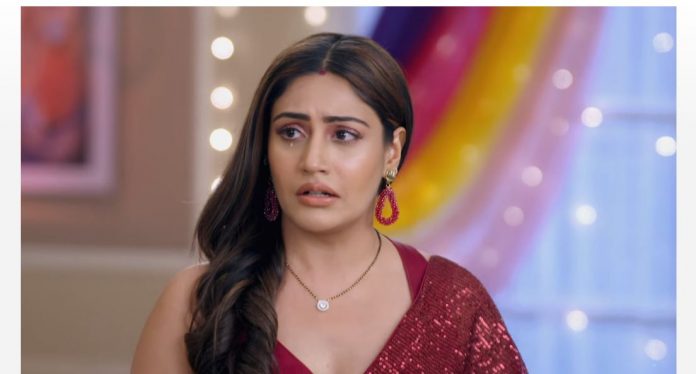 Sanjivani Upcoming Ishani NV fresh start falls flat NV throws a party for the Sanjivani staff with a motive. Ishani stays low. She doesn’t want to attend the party. NV’s Bebe convinces Ishani to grace the party and acknowledge NV’s efforts. She decks up Ishani like a newly wed girl. She tells that NV will be totally mesmerized seeing his wife’s starry look. Ishani isn’t willing to meet everyone, but agrees on Bebe’s request. NV welcomes Sanjivani family at home. He forgets the incident that occurred in the day time. He focusses on making their day special. He gets the drinks served. Rahil wants the drama to end soon. Ishani meets NV and stuns him. NV dreams of a romantic time with her. He thanks Ishani and everyone for coming on his request. He makes the special announcement.

He tells that he has founded a trust which will support the staff’s financial needs so that they can stay relieved about their family. He tells that their families needs will be covered by Sanjivani trust. He also gifts them cars individually. He thanks them for their work contributions. He feels he really owes them a lot. Ishani also thanks the staff who really deserves a reward. She refuses to accept the reward, since she hasn’t done anything great. She finds NV praising all the doctors.

She feels she doesn’t deserve to be called a doctor, after risking Sid’s life. She accepts the mistake and apologizes. Rahil finds her tears fake. He creates a scene by tagging NV as a clever person who is just compensating for his wife’s blunder in the hospital. He calls NV an unfair man, who mends rules for his wife like he wants. He criticizes NV and Ishani. Ishani decides to leave Sanjivani. Rahil throws the gift and then insults NV for keeping the clauses always. He counts Ishani’s mistakes. He asks the staff to think of Sid’s critical condition.

He makes them return the compensation to NV. He asks NV to get justice for Sid if he really cares. He tells that Sid is fighting for his life just because of Ishani. He rebukes Ishani for her huge mistake. NV is also speechless, since she accepted her fault.