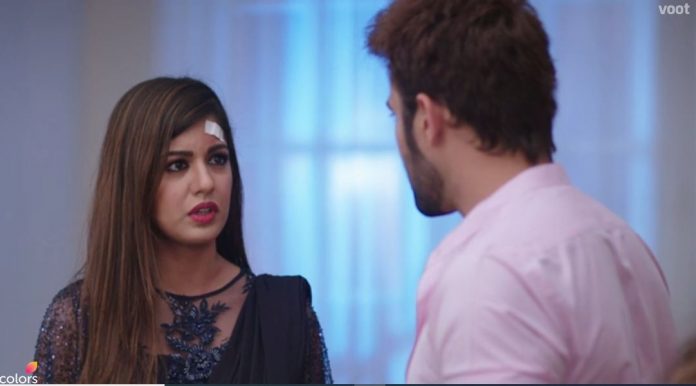 Bepannah Pyaar Colors Upcoming Dad Ki Dulhan Snips Sahas confesses that he loves Pragati a lot. He wants to kill Raghbir and attain Pragati’s love forever. Pragati learns his evil intentions. Kunti promises Sahas that she will unite him with Pragati. He compels her. He tells her that she has to keep her promise, else he will be exposing her truth. He blackmails her by showing a video. Pragati follows Sahas and keeps an eye on him. She learns about the video and wonders how Sahas got it. Raghbir suffers because of Sahas. He doesn’t want his family to suffer because of him. He asks his family not to cancel the business party since they already invited the business circle.

Pragati doubts that Sahas is behind Raghbir’s state. She makes a plan to expose Sahas. She tells Sahas that someone had attacked her. Sahas suspects that Kunti has tried to harm Pragati. He gets angry and confronts Kunti for harming Pragati by sending the goons after her. He is obsessed with Pragati. He doesn’t want anyone to harm his love.

Kunti asks Sahas if he has lost his mind again. She tells him that she didn’t send any goons. Sahas doesn’t believe her and ends up hurting her. He continues to drug Raghbir. Pragati is afraid that Raghbir will be again in trouble if he attends the party. She stays by his side to protect him. Raghbir gets drugged after Sahas spikes his drink. Raghbir behaves rudely with Pragati and threatens her. The family is shocked and ashamed by Raghbir’s upsetting actions.

Nia and Randeep’s love story progresses. Amber works out to look good when he meets Baawra mann. He doesn’t share about her with anyone. His friend meets him and enquires about his girlfriend. Amber tells about his chat friend. Nia gets surprised seeing Amber staying fit and fine. She realizes that his excitement is because of his online friend. She is happy that he is giving another chance to his life. She likes his new change. She compliments him that he looks younger. Randeep is ready to bear Amber’s anger and help him in the sinking company. He tells that they will launch the app and save the business.

Amber agrees to take a chance, having no option. Nia wants Amber to understand and believe Randeep’s idea. Guneet finds happiness in her new relationship with Anurag. Her heart still inclines towards her chat friend. Amber wants to meet his friend. He messages her that he wants to meet her. He gets pleased to know her reply. Guneet learns that Amber is chatting with someone on the app. She wants to know the girl’s name, unaware that its her. Amber stops her from finding anything.