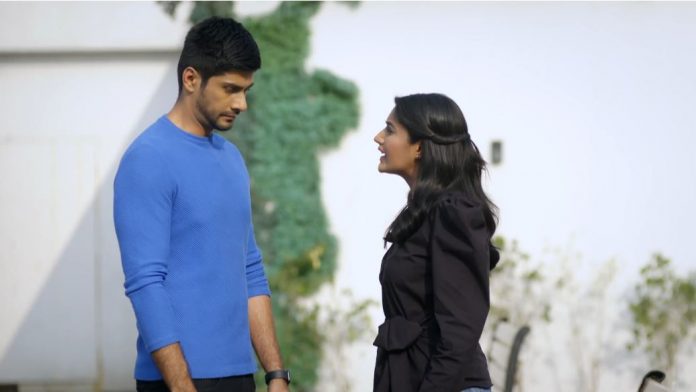 Starplus Sanjivani Typical Drama Memory loss Reunion NV urges Ishani to help Sid recover. Rahil and Rishabh also request her to please be with Sid, since Sid needs her. Sid wants Ishani with him. NV tells her that they shall give the blessings to Sid. He passes the Gurudwara cloth to Sid. He asks Ishani to be with Sid and treat him, since her treatment will make a difference. He tells her that she can make Sid gain consciousness. Rahil too feels that Ishani can help Sid more than them. He tells her that he will always encourage her by his beliefs. She sheds tears for Sid. Ishani holds Sid’s hand. Sid gets conscious by her touch. NV stays away from them. He is ready to make a sacrifice for them.

Rahil and Rishabh get glad that Sid got conscious. Sid doesn’t respond to them. Rishabh asks Ishani to talk to Sid and ask him how is he feeling. NV tells her that this is the chance she had been waiting for. He tells that she should make Sid recover and then question him about leaving her. He knows that she needs her answers. Ishani examines Sid and assists Rishabh. Rahil tells Ishani that Sid needs her help surely. NV doesn’t block them. He is hurt seeing Sid and Ishani together, but controls himself. Bebe asks NV if he is sure to do this.

He tells her that they should first think of Sid. He wants Sid to recover and answer Ishani’s questions that would help her in moving on in her life. He tells her that if Ishani steps back, then she will always be in depression. He wants Sid to answer her about his move to leave her in the mandap. Ishani asks Sid about the Sanjivani staff. Sid identifies them well. She asks him if he remembers everything. Sid tells about Vardaan, who is posing a lot of problems for them. He tells that Vardaan got arrested and now they will soon be uniting happily without any tension.

Ishani gets a huge shock on realizing that Sid has lost his partial memory and doesn’t remember the moment when he cheated her in love. Rishabh tells that Sid doesn’t remember everything. Ishani wants to tell Sid that he left her and broke her heart. She sheds tears and runs away. Sid gets critical when she goes away. Rahil tries to normalize Sid. Rishabh tells that they should give any shocking news to Sid. Rahil meets Ishani and tells her that Sid’s condition was critical after she left.

He asks her if she will be a part of Sid’s recovery process. Ishani gets into a dilemma. Sid just remembers their love story. Ishani wants to remind him their painful break up, Sid’s one-sided decision that ruined their lives. She wants to get her answers.

NV is much better than sid. Despite of being married with her he never imposed himself on her but sid did when he was married to asha. He left her without any discussion and now came back to spoil her married life. Ishani did a lot for sid as compared to what sid did for her.