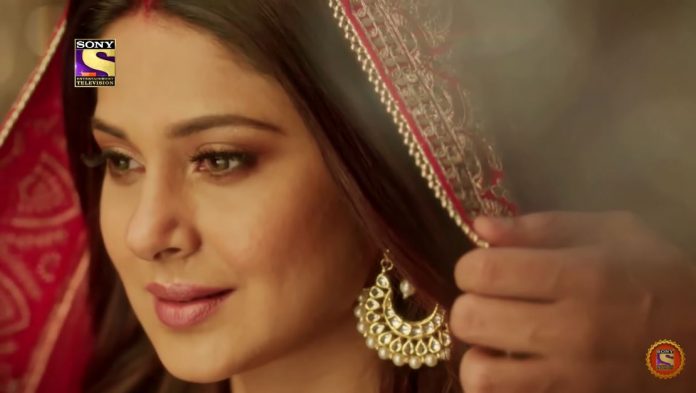 Beyhadh Sony Manvi returns Maya loses to Mrityunjay Maya informs Rajeev about Mrityunjay’s new plan to throw a reception party. She doesn’t trust MJ at all. Rajeev asks her not to worry, since Rudra is with her. She gets happy to tell about Rudra. Rajeev finds her happy after a long time and blesses her. She tells that she did a mistake to marry Rudra and come to his house, but she has no regrets, since Rudra is of her. She asks him not to tell her mum about her marriage. She accepts Rajeev as her brother Manas. She thanks him for all the help. Rajeev wants to know about Rudra’s welfare. Rajeev gets an unexpected visitor home.

Rudra tells Maya that Ananya isn’t ready to forgive him. She sympathizes with Ananya, who underwent a heartbreak. She feels they should lessen Ananya’s pain and hatred. He finds her a real gem. She tells that she believes his love, which has become her strength now. He tells that he loves her hair a lot. He shows much understanding and pleases her heart.

Mrityunjay and Dia share a moment. He can’t tolerate Manvi’s win. He keeps an eye on Rudra and Maya. Dia wants Mrityunjay’s attention. She asks him if he will fall for Maya again. She is ready to do anything for him. He wants to keep Rudra away from Maya. He goes with Antara to plan for the party.

Rudra makes Maya ready and loves to do her hair styling. He gifts her a dress, which she dislikes. He understands it by her expressions. He knows she doesn’t like colours. He wants her to wear the red dress of his choice. He wants to fill colours in her life. He leaves the choice to her. Dia reaches Rudra to tell about Antara’s panic attack. Maya gets troubled by Mrityunjay once again. He tells that he likes to see her like a weak person. Antara pretends to have a panic attack and keeps Rudra engaged. She tells that she is afraid for his life. Antara and Dia don’t let him go to disturb Mrityunjay.

Maya wants to call Rudra. Mrityunjay tells that Rudra is much busy, but he is free. He tells her that he will end her freedom by cutting her pretty hair, which Rudra loves. He tells Maya that he will punish her for trapping her son. He calls her a foolish girl who keeps forgetting her status. Maya falls weak and watches him cutting her hair short. He introduces her to Manvi Singh. She gets disheartened when he ruins her identity. He humiliates her as some filth.

She gets stunned to know that he is keeping a watch on her. He doesn’t want her to fill colours in her life. He tears the red dress gifted by Rudra. He wants her to remember her real place, she will always be weak in front of him. He threatens to kill her. He doesn’t think that she can tell the truth to Rudra. He challenges her to tell the truth to Rudra before the party if she hates him (MJ) so much. Mrityunjay succeeds in making Maya terrified and distant her from Rudra.