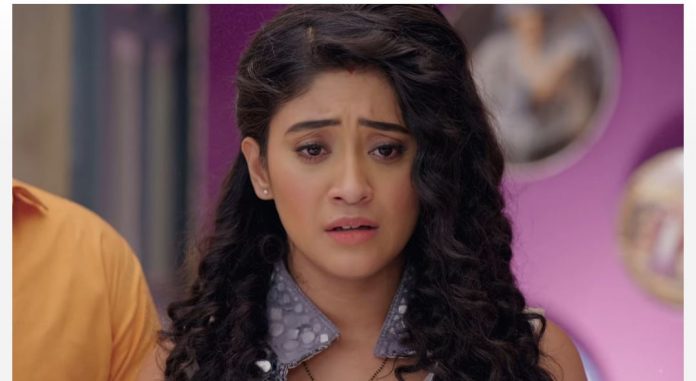 Shocking Yeh Rishta Lav Kush arrest Naira blamed Naira gets Lav and Kush arrested for their crime. She learns that they have done a suicide drama to compel the family. Lav tells Trisha that the family will not punish them, Kush did the suicide drama last time and now he will do the drama. He tells that she is nothing to Goenkas, even Naira won’t support her. He scares Trisha a lot. Trisha runs away from the house. Naira overhears them and finds Trisha going away. She follows Trisha. She doesn’t want Trisha to commit suicide. She learns that Lav and Kush didn’t change and has been hurting Trisha again.

She saves Trisha from the accident and gets her home. She feels helpless when Trisha asks for justice. Trisha feels she doesn’t matter to anyone, she is nothing. Trisha and Naira perform the Shiv puja. Naira does Tandav to vent out anger. She sheds tears feeling helpless by the family pressure. She clears her dilemma. She has learnt that Lav and Kush are much wrong. She loses control on her emotional feelings and calls the police. She asks the inspector to arrest Lav and Kush for Trisha’s molestation. She tells that Lav and Kush provoked Trisha to commit suicide again.

Kartik tells his brothers that they are coming to free them from the police. He comes into Lav and Kush’s drama. Lav and Kush emotionally blackmail Kartik and shed tears. They show a different story to Kartik, who believes them. Kartik and Naira have an argument. Naira tells him that she has seen their truth. Kartik asks why can’t anyone else see the same truth, why does she comes across the truth alone. Kartik and Naira have a heated argument. The Goenkas get against Naira once again. Akhilesh and Surekha cry for their sons post the arrest. What will Naira do to save her relation with Kartik? Will Kartik see the manipulations of his brothers? Keep reading.