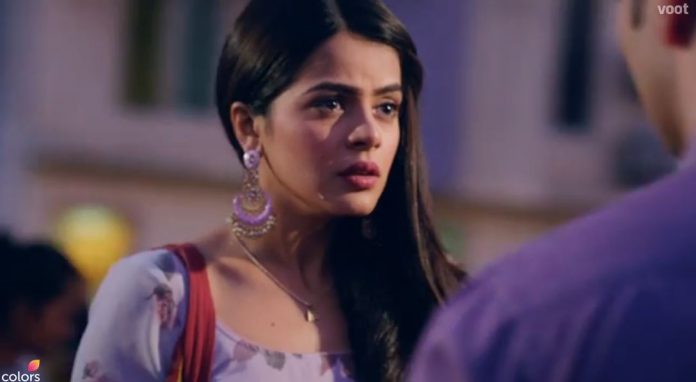 Heer Virat Shakti Colors Upcoming Top 3 Spoilers Heer has fallen in love with Virat. She plans a surprise for him on the Valentine’s Day. The surprise first fails because of Virat’s dad. Later, Virat’s reaction on kinners upsets Heer. Heer wanted Virat to like her more than a friend. She gets her friend Nutan to introduce him. Virat speaks nicely with Nutan, and then learns that Nutan is a kinner. He finds Nutan going to get nek along with the Kinner group. He can’t believe the truth when Heer reveals Nutan’s kinner identity. He tells that Nutan doesn’t appear like a kinner and anyone can get tricked.

He criticizes Nutan badly. Heer finds it disgusting that he disrespects kinners. An incident at the college makes Heer take a stand for her self esteem. She breaks her friendship with Virat. She doesn’t give him any chance to clarify. Heer’s kinner identity is still hidden from Heer and Virat. Did Heer learn her kinner identity and take this big step to end her bonding with Virat? Keep reading.

Choti Sardarni:
Sarabjeet isn’t aware of Meher’s daring plans to nab the culprit behind the hospital scam. He soon learns that Meher has gone to the hospital. He also reaches the hospital and comes across Meher, who reveals her plan to trap the culprit by spreading a fake news. Meher and Sarabjeet get together in finding the evil sources in their lives.

Vidya:
Vivek and Vidya try hard to outdo Nanku Singh’s plan. Nanku wants to trick them so that they end up fighting and blaming each other. His main motive is to separate Vivek and Vidya. He wants revenge on them by ruining their love story. He scares Vivek’s mother to the limit that she becomes Vidya’s enemy herself. Vidya is bounded by her promise to Vivek’s mother. She can never marry Vivek. She is much hurt to give false hopes and vows to Vivek. Vivek takes her help in finding the evidence against Nanku.

They are well aware that Nanku is taking advantage of people’s belief and playing well. They want to expose Nanku’s game so that Guru ji and minister stop supporting Nanku. Vidya advises that they enter Nanku’s house and find out his evil plans. Vivek and Vidya visit Nanku in a disguise of villagers. They become a lovely couple and try to fool Nanku. Vivek hopes to find Nanku’s crime. He gets ready to record his crime confession and expose it live to the villagers.