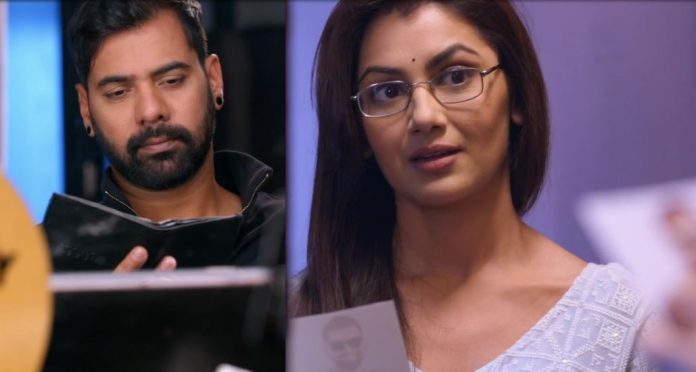 Kumkum Upcoming Pragya Abhi Valentines Raabta Snips Rhea is angered at Prachi, who is trying to steal Ranbir. She has explained Saloni that Prachi is just a gold digger. She convinces Saloni to help her. She wants Prachi to lose out and not help Ranbir in the case. She wants to fix the court hearing soon so that Ranbir gets troubled and then gets a savior. She wants to become a savior for him and win him again. Rhea doesn’t repent for her mistakes. She doesn’t realize for a moment that she is failing Abhi as her parent, by following the wrong path shown by Aaliya. Rhea unknowingly walks on Aaliya’s evil path and gets away from Abhi’s values. Abhi stays so lost in his own broken love story, that he loses focus on Rhea’s activity.

He loves Rhea so much that he believes her lies easily. Rhea isn’t afraid to get exposed, after Saloni promises to help her in Ranbir’s matter. Rhea dreams of her marriage with Ranbir. Pragya and Abhi stay upset that they couldn’t meet on Valentines. Pragya gets the roses from him and understands that he left the roses outside the house. She misses him. The roses make her more willing to meet him. She calls him and fails to get through. She gets sorrowful and shares the matter with Sarita on the latter’s insistence. Sarita wishes Pragya to stay happy and unite with her husband. It seems a far dream to Pragya. Will Abhi and Pragya meet on Valentines and celebrate their love? Keep reading.

Best Comment by Rehana:
Getting to boring stop watching it until Pragya and Abhi meet again. Why isn’t Rhea getting caught with all her lies too boring now to watch.

Kalyani takes a step to save Anupriya. She tries to stay with Anupriya in the lock up to not leave her mum alone. She misunderstands Malhar once again. Anupriya clears the matter. She believes in Malhar. She tells her that Malhar is trying his best to help her and get her freed. She wants Malhar to do his duty and not feel guilty. She requests Kalyani to support Malhar and be his strength, since its tough for him as well to put her in lock up. Kalyani and Anupriya get emotional. Malhar really wants to save Anupriya.

Malhar takes Sampada’s consent for the IVF by threatening her about the arrest. Kalyani also thinks Sampada should give statement against Rachit, so that it can help Anupriya. Malhar hopes that Rachit is alive, so that Anupriya gets free from the blames. He promises his wife that he will bring Anupriya home. Swara and Atharv get married which shocks the family. Swara tells that Atharv has protected her. Atharv doesn’t find it wrong. Malhar scolds her for marrying Atharv, who is mentally a child. Swara’s dad refuses to accept Atharv as his son-in-law. He bashes up Atharv. Swara believes in her marriage.

Atharv protects her from the family’s wrath. Malhar supports Swara once he sees Atharv protecting Swara. He asks Swara to get practical and think of the future. Malhar doesn’t want Aao Saheb to vent her anger on Swara. Kalyani and Malhar love Atharv since he appears good in front of them. Malhar is worried that Anupriya won’t get spared from Rachit’s murder case. Kalyani loses cool when she finds Malhar not helping Anupriya. Kalyani wants Anupriya to come with her and escape. Anupriya doesn’t want to escape when she has shot Rachit.

She doesn’t lie to save herself. Sarthak wants her to lie. He wants to take the blame on himself. Anupriya doesn’t have any regret to shoot Rachit and save Swara’s life. She wishes Kalyani’s life to prosper. Sarthak knows that she worries for everyone, except her. He gets upset that she never listens. Malhar wants Kalyani away from the police station. Kalyani and Sarthak decide to save Anupriya from the court. Malhar makes a back up to prove Rachit wrong and Anupriya innocent.