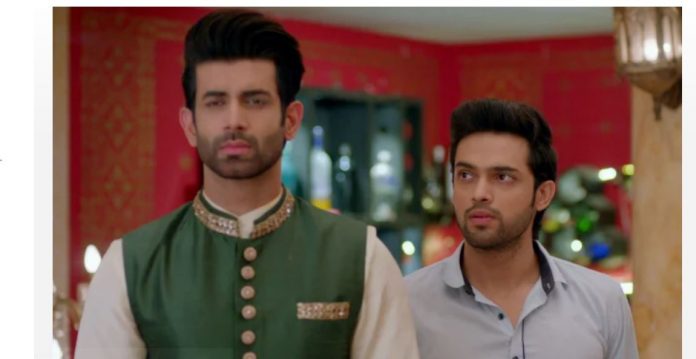 Starplus Kasauti Sanjivani Latest Upcoming Top 2 Prerna is hopeful that Anurag will stop her marriage with Viraj. She challenges Komolika to play her worst move and get the marriage done. Komolika commands Viraj to convince Veena for putting the marriage functions on fast track. Viraj fakes about his mom’s ill health to pressurize Veena. Veena wants Prerna to marry Viraj and end her hopes about Anurag. Veena doesn’t think Anurag will ever give security and mental peace to Prerna, because of the negative people in his family. She wants Prerna to keep her self-respect and move on with Viraj. Prerna keeps Anurag’s ring close to her heart. She decides to tell Viraj the truth of Anurag and her marriage, so that he backs off from the marriage. Viraj has no plans to leave her.

He false confesses love to Prerna. The marriage functions proceed. Anurag observes Viraj lying again and connects the dots. He realizes Viraj is hiding something really important. He wants to know Viraj’s real intentions behind marrying Prerna. Anurag, Shekhar and Anupam try to find Prerna’s enemy. They come across the mechanic, who isn’t in any state to reveal Ronit or Komolika’s name. Anurag doesn’t lose courage. He stays determined to find the enemy. Komolika knows Anurag loves Prerna and its hard to make Prerna out of his heart. What will Komolikado this time? Keep reading.

Sanjivani:
NV loves Ishani for her honesty and loyalty. He knows she will never cheat him. He asks her to go ahead and treat Sid so that she can help Sid recover to answer her questions. Ishani gets restless with the questions going across her mind. She wants to know the truth, why Sid chose to abandon her in the mandap and lost faith in their relationship. The secret behind Sid’s decision will be coming out. NV will make a sacrifice of his love for Ishani. He just wants to see Ishani happy. He feels he has failed to make her smile in the last three years and maybe they have no future together. He finds Ishani smiling when she is with Sid, reminding the past moments. NV decides to unite Ishani and her love Dr. Sid.