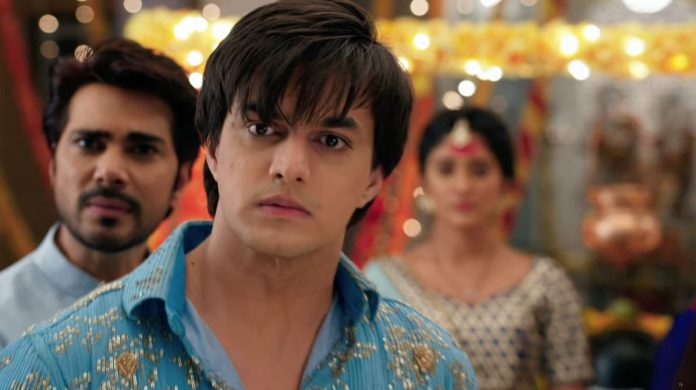 Starplus Rishta Latest entry Manoj Joshi brings huge twists Lav and Kush are brought home by Goenkas. They get the bail and temporary freedom from the police in the molestation and fake suicide case. Naira had charged them with the serious allegations, while Kartik promised to get his brothers home. Lawyer Shaktimaan Javeri is a famous and smart lawyer, who takes cases of rich clients. He is Abhishek’s dad. He had sent Abhishek to the US after knowing the case details. He saves Lav and Kush from the police, since Abhishek is also involved in the same case. Lav and Kush return home and get a big welcome.

Goenkas get dhol and nagada artists to welcome them. Lav and Kush dance on dhol beats with Kairav and Vansh. They want to celebrate their freedom. Manish speaks to Abhishek’s dad. He is convinced by him and wants Lav and Kush home. Naira finds Kartik much upset with him. She wants Kartik to not spoil their bond and know the truth that Lav and Kush are really wicked, they haven’t reformed as the drama they are putting up in front of the family. Kartik realizes Lav and Kush’s truth after watching the proof. Kartik and Naira welcome Lav and Kush, and ask if they are happy to return home. They tell about a special gift for them.

They call the police home. Kartik tells Goenkas that he has called the police home. He tells that Abhishek’s dad took interest in the case and helped Lav and Kush, just because Abhishek’s name was involved. He tells that Abhishek’s dad got Lav and Kush on bail. He scolds him for clearing Abhishek’s name from the case. He summons Abhishek at their house. Naira tells that its a crime to hide Abhishek’s name from the case. She tells that his son will get punished. Shaktimaan doesn’t care for her words. He is sure that he will save his son and also Goenkas’ grandsons. Naira is much upset that the criminals are dancing without any guilt. Fortunately, Kartik gets on Naira’s side and promises to get justice for Trisha.