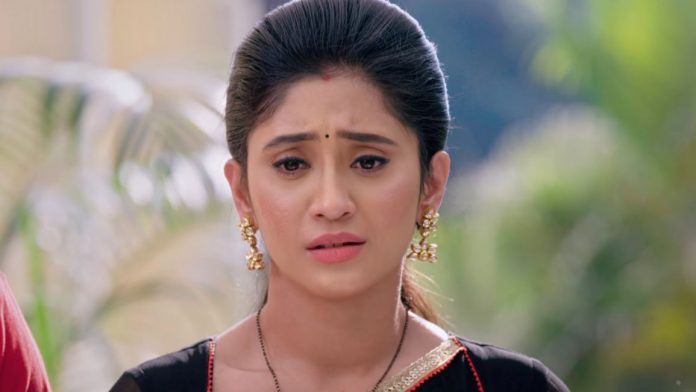 Yeh Rishta Eye Opener truth Upcoming big family drama Naira prepares to meet Javeri and explain the case details. Naksh tells her that they got the appointment by much difficulty, they should explain all the details quickly. He thinks Javeri will get justice for Trisha. Naira meets Javeri and falls nervous. Javeri tells her that he knows everything about the case. He confirms that he is fighting her case, since her assistant has fetched all the details for him in advance. He tells that she would have told Shivani about the case by her perception, but he has to know it from others’ point of view as well so that to decide who is the culprit and who is to be defended in the court.

He wanted Shivani to give him a brief. She tells him that she didn’t ask Shivani to accompany. He gets angry that Shivani isn’t doing good work and following orders from Naira. He wants to fire her from work. Naira stops him and tells that its her fault. He asks if she has evidence to support Trisha. She tells him that she just believes Trisha, there is no such proof. He asks her why is she going against the family for a stranger when she has no proof, this may land her in troubles. He jokes a lot and laughs alone. Naira gets confused by his weird behavior. He tells her that he will still win the case for her.

Naira tells Naksh that lawyer is weird, but they can hope he wins. Manish hires Javeri for the same case from Lav and Kush’s side. Manish finds Akhilesh much worried. Akhilesh and Surekha cry for their sons. Manish and Samarth pacify Akhilesh. They meet Javeri and his team. Javeri claims to be eco-friendly and gifts plants to them. He tells that its like a family matter for him, he will save Lav and Kush from the cheap blames, he will not let Goenkas get defamed by the molestation blame on their children. He gives an assurance that he will get Lav and Kush freed from the blames. Goenkas are relieved on hearing his confident assurance.

Goenkas reach the court. They find Naksh and Naira with Trisha. Kartik and Naira apologize to each other and have a heart to heart talk. Trisha coughs a lot. Naksh goes to get water for her. Kartik passes the water and shows concern. Naira knows Kartik is good-hearted, but emotional about Lav and Kush. The police brings Lav and Kush. Goenkas rush to them out of concern. Trisha asks Naira to meet them if she wants. Naira wants to be with Trisha. Manish tells that Javeri promised to get Lav and Kush bailed out in the same hearing. Javeri arrives with his team. He has taken the case from both the parties.

He doesn’t greet Goenkas and Naira, so that his court move stays a secret. Goenkas think that Javeri is working on the case and went in a rush. Naira gets suspicious seeing Javeri. Naksh asks her to wait until the case starts. Naira worries for Trisha and Goenkas as well. She wishes that truth wins and Goenkas doesn’t feel bad. Javeri confuses everyone by giving two statements, first against Lav and Kush and then against Trisha. Goenkas wonders on whose side he is. Naira then receives a shock when Javeri maligns Trisha’s character and proves her wrong in the court.

Lav and Kush get the bail and return to family. Luckily, Naira and Kartik get an evidence against Lav and Kush with the help of Kairav. The evidence reveals an eye opener truth for Kartik. Kartik believes in Naira’s statement about his brothers’ wickedness. He joins Naira’s battle for justice. How will Naira achieve justice? Keep reading.