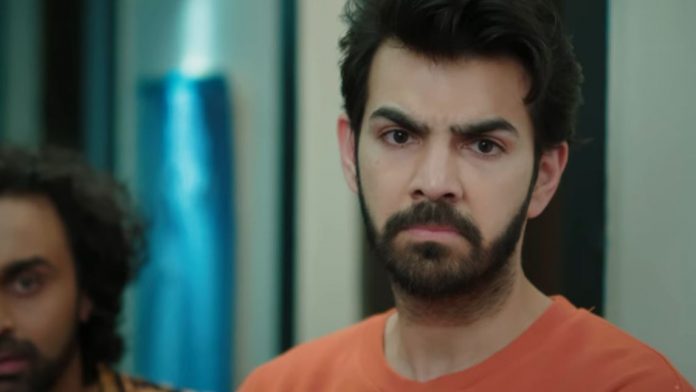 Kahaan Hum Sonakshi infected Rohit super ultimate move Rohit tests Sonakshi for the virus confirmation. He takes her to the Sippy hospital. Sonakshi is with Suman and Sumit. She gets emotional and thinks she is going to die. Suman feels proud of her daughter for tolerating so much with a smile. Sonakshi recalls Rohit’s love. She faints down. Rohit confesses his love for her and hopes that his love gives her strength to fight for her life. Nishi gets Sonakshi’s test results swapped. Rohit gets amazed to find out negative results when the symptoms are exactly the same. He realizes that Nishi has got the reports changed.

He keeps Sonakshi at the medical camp set to quarantine the infected patients. He assures Sumit and Suman that he will save Sonakshi’s life. Soon, he gets a shocking news that Sonakshi is missing. He looks for Sonakshi at the camp. He scolds the doctor for being so careless and not looking after the patients. Suman tells him that Sonakshi didn’t reach home. They get worried, realizing that Sonakshi is infected. Sonakshi’s whereabouts get hard to know. Rohit suspects Nishi and goes to Sippy mansion to confront her. He questions Nishi about Sonakshi. He tells her that he knows she has changed Sonakshi’s reports so that her illness stays un-diagnosed and she dies by the virus.

She tells that Sonakshi would be at the camp with the virus infected people. She tests his patients. He throws off the furniture. She tells that she doesn’t know anything about Sonakshi, she has no motive to kidnap Sonakshi, when Sonakshi is herself going to die on own. He threatens to kill Nishi and expose her truth to the world if anything happens to Sonakshi. Nishi tells him that she has no idea about Sonakshi, she isn’t scared of him either. She threatens him about Naren’s life which is still in her hands, thanks to the pacemaker app. He asks her not to scare someone so much that fear ends completely.

He shouts on her for giving a life to Naren worse than death. He tells that Naren is dying everyone by seeing his fraud sister home. He clears that he ousted Sonakshi to save her from Nishi’s hatred, not because he doesn’t love her. He adds that if he loses his Sonakshi, then there will be nothing that can stop him. He tells her that if he knows her involvement, then he will not spare her this time. Rohit’s anger crosses limits. Nishi wonders who has kidnapped Sonakshi, since she didn’t take this step this time.