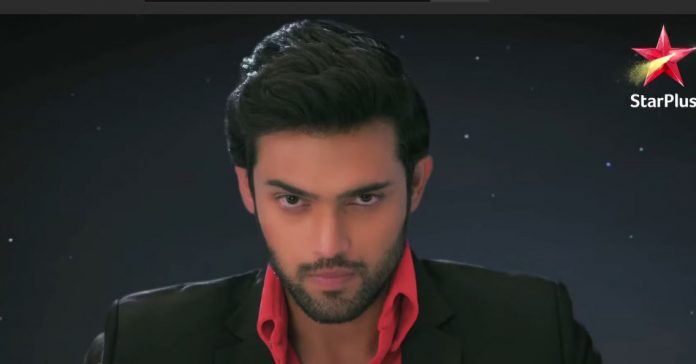 Starplus Anurag kills Prerna Kasautii Shocking NEW promo Starplus Heart breaking Kasautii Anurag Prerna new struggle There is a prolonged dream sequence of Komolika’s exposure. Komolika fears that Prerna will be telling the truth to Anurag and exposing her truth. She then dreams of Anurag exposing her in front of the Basus. It so happens that Prerna shows the evidences sent by the doctor to Anurag. He rages and goes to confront Komolika. He first slaps her and then begins to insult, while Basus are shocked to witness the couple’s harsh fight. Mohini stops Anurag from insulting her favorite Bahu Sonalika.

Anurag tells that he remembers everything, he wants to tell them the truth as well, that Sonalika is not his wife, he didn’t marry her, he didn’t give her any rights on Sindoor. Mohini and Komolika tell that Prerna has brainwashed him. Prerna tells that Anurag got to know her entire truth. Mohini wonders what’s happening. Komolika fights with Prerna to get her love Anurag. She tells that she loves Anurag a lot. Anurag reveals that she is Komolika, who got a plastic surgery done after the shark attack. This shocks the Basus. He tells Komolika that she couldn’t accept Prerna and his marriage, and attempted again to separate them.

He asks her to witness the marriage now. He fills Prerna’s hairline with the sindoor. He declares that Prerna is his wife. Komolika denies the blames. She tells that she is Anurag’s wife, they shouldn’t believe Prerna. Anurag shows the video to the family. He exposes her. She gets helpless. She wonders what to do to take control of the situation. She goes to stab Prerna. Anurag stops her and wants her out of his life. He also warns her to not cast her evil shadow on his daughter. This marks the end of her daydreaming. She fears that Anurag will really throw her out of his life. She doesn’t want this dream to come true. She wants to kill Prerna or her baby.

She plans to snatch the baby, since the baby is Anurag and Prerna’s biggest weakness now. She thinks to steal the baby and deal with Prerna to get Anurag. She goes to execute her evil plan. Mohini is much upset. Anurag finds her angered. She tells that she will be going home, since she isn’t needed there. She tells that Prerna has delivered Bajaj’s daughter, the baby isn’t of Basu family. Anurag gets much angry that she is doubting on Prerna’s character. He tells that he won’t listen anything against his own blood, its his daughter. He reveals that Prerna has told about the pregnancy on the day of their marriage.

He asks her to be thankful to Prerna who married Bajaj just to save him. He tells that even if she loves him, he can’t forgive her for this accusation on Prerna. He is deeply hurt. He tells that he will end their relation if things don’t get better. He wants her to respect Prerna. He meets Prerna and professes love. Anurag and Prerna have a cute moment of love. Mohini spits poison about Prerna. She wants to go home. Moloy asks her to be with them. Sharmas come to see Prerna. Anurag congratulates them. They soon get a disheartening news about the baby’s sickness.

They get much worried. The doctor asks Prerna and Anurag to arrange the blood. Anurag wants to donate his blood. He goes for the tests. Komolika kidnaps the baby. Nurse takes the baby from her and tells about baby’s critical state. This brings a smile on Komolika’s face. She wants to create hurdles in Anupre’s way to save their baby. She becomes a huge threat on the baby’s life. Anurag loses hopes to save his daughter. Komolika summons him to blackmail.

Komolika will threaten Anurag and Prerna for their baby’s life. Prerna feels they will together overcome any hurdle in life. Anurag asks her if she loves him and can die for his sake. Prerna is ready to die for him. He asks her to then die and pushes her down the terrace to kill her. The shocking twist will be soon coming next week and begin a new track.