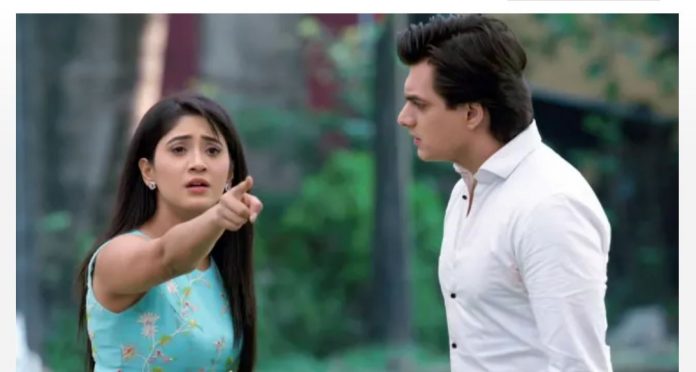 YRKKH Naira Kartik shocking encounter Upcoming spoiler Kartik and Naira drag Abhishek into the molestation case. Kartik reaches the court after his life gets saved. Javeri welcomes Kartik and Naira. He gives them a plant pot and mentions how eco-friendly he is. He insults them and tells that he will soon clean the dirt from his life, calling them as the filth. He really wants to get rid of Kartik and Naira. Goenkas witness the drama. They head to the court. Javeri calls Trisha in the witness box and tells that Trisha isn’t a victim, she is greedy and materialistic, she also has dreams to achieve the richness.

Shivani defends Trisha and proves her right conduct. She calls the balloon seller and asks him to just admit the truth. The balloon seller gives a statement in favor of Trisha. Javeri proves him wrong by stating about his eye weakness, the witness doesn’t have a sharp sight. Kartik finds Javeri humiliating Trisha once again. Javeri tells the court that Trisha is living a lavish life with Goenkas and Singhanias, she doesn’t look traumatized, she is happy in her new world.

Naira gets angry when he asks cheap questions and breaks down Trisha. Kartik stops Naira from reacting, since she will be ousted from the court. Javeri asks Trisha if she knows the meaning of molestation well before accusing his clients. He asks her to clearly mention what Lav, Kush and Abhishek did to her. He tells that decent people don’t even know about such things. Trisha tells that she doesn’t know anything.

Javeri asks how could she say that the boys molested her, did she just watch such scenes in the films and came up with an idea to loot them. He insults her a lot. Javeri manages to take a new hearing date so that he can plan well to proves his clients innocent.