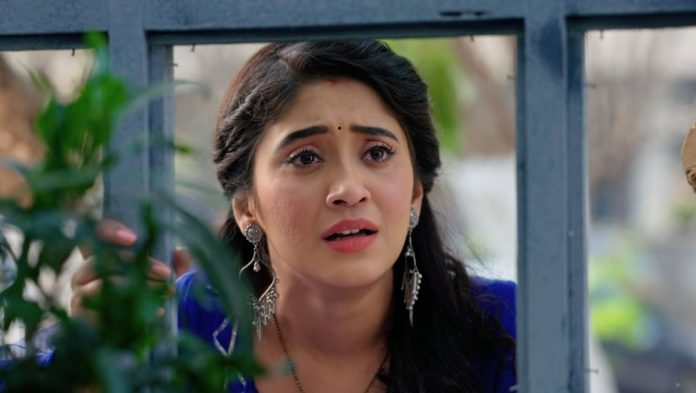 Starplus 2 Best YRKKH Rishtey Pyaar Ke Spoilers Meenakshi tells Maheshwaris that Kuhu has broken Mishti’s necklace in the first rasoi rasam. Kuhu tells that she didn’t break it intentionally. She defends the blame. Meenakshi asks her not to lie, since nothing will save her this time. Mishti and Maheshwaris are upset. Kuhu blames Mishti for being a big liar and making the family against her. Mishti doesn’t want Kuhu to stop blaming her. She scolds Kuhu for adding the sleeping pills in Abir’s coffee. She tells that Abir is ill because of Kuhu. She calls Kuhu selfish. Kuhu and Mishti call each other a liar. Rajvansh Family and Kunal are shocked.

Meenakshi asks them to stop it. Kuhu asks Meenakshi to support her. She tells that Mishti has come from a broken family, she always breaks families. She is trapped badly. She didn’t do anything intentionally. She tells that she didn’t confess about the spiked coffee since she wasn’t sure about it. Mishti doesn’t believe her. Meenakshi is happy and acts in front of Vishwamber to prove his daughters wrong.

She asks Vishwamber to punish them, so that she can forgive them. She tells that she will throw the girls out of the house. Vishwamber and Rajshri get speechless seeing their daughters fighting and ashaming their values.

Yeh Rishta Kya Kehlata Hai:
Naira breaks down when she learns about Kartik’s accident. Goenkas and Naira reach the hospital and cry seeing Kartik in the ICU. Kairav also cries a lot and is much scared. Goenkas are worried that the justice fight is snatching their Kartik. They want Naira to stop the fight. Javeri blackmails Trisha and makes her withdraw the case. Trisha wants to see Kartik and Naira happy with their family. She thinks they are making many sacrifices for her sake.