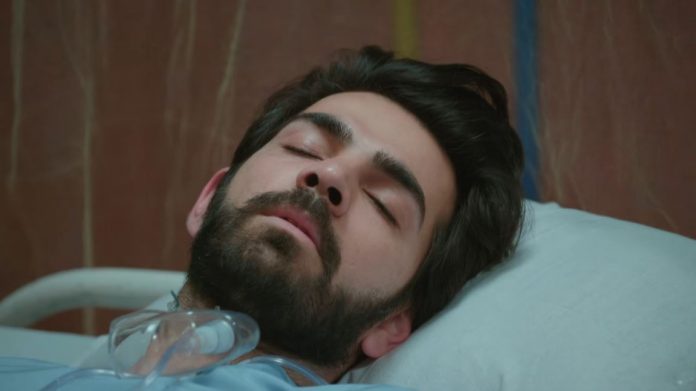 Kahaan Hum Rohit declared dead Astonishing twists Sonakshi changes her looks and enters the hospital to meet Rohit. Sonakshi gets hindered by Nishi, who questions her identity. Sonakshi lies to her and projects a fake identity. Nishi tells that Sippy hospital didn’t hire her and she isn’t needed if sent from other hospital. Sonakshi slaps her and then excuses that she was trying to kill the disease spreading mosquito. This rages Nishi. Tulsi and Simmi reach Sonakshi on time and save her from Nishi’s slap. They tell Nishi that Parvati is well trained and knows to look after quarantined patients, she has come to look after Rohit on Veena’s request. Nishi gets helpless to allow her.

She doesn’t think that Rohit can survive any way. She lets Parvati meet Rohit. Suman is worried that Pari is missing. Sumit tells Suman that he will find Pari. He asks her to look after Sonakshi. She thanks him a lot. She gets Pari’s call and learns that Pari is in Sippy mansion to get rights for her baby. She asks Pari to return home. She reminds how badly Sippys treated Sonakshi.

Pari tells Suman that she isn’t scared of Sippys, they are no longer Sonakshi’s in-laws, they can’t do injustice with her baby. Suman tells her that its not right to live with Sippys. Pari wants her baby to become Sippy heir. She plans to get her place in Rohan’s life by throwing out Tanya. She has evil intentions behind her sacrifice.

Sonakshi meets Rohit and sheds tears holding his hand. He senses her touch and identifies her. Sonakshi lies to him about her Parvati avatar. He tells that he can always know its her. She asks him not to act rude, since she knows his truth that he loves her a lot. He wants her to go out. He thinks he is going to die and she should better go away. She doesn’t want to leave him alone. He gets hurt and falls unconscious. She asks Tulsi about the doctor who would update on his case. She asks her to take her to the doctor who is treating him with the antidote. Tulsi tells that she doubts the doctor, who is always with Nishi. Sonakshi suspects that something is wrong, the antidote isn’t given to Rohit.

She asks Tulsi if Rohit’s family knows about Rohit’s state. Tulsi tells that Nishi lied to Sippys and sent them home. Sonakshi wants to talk to Suman as well. She thinks to call up Sumit and inform her plans. Veena informs Naren about Rohit status. They are worried for Rohit and shed tears. Naren gets more scared when she tells that Nishi is taking care of Rohit. He fears for Rohit’s life, knowing Nishi’s evil side. He wants to convey his message to Veena some way that Nishi will kill Rohit. Veena finds Pari in the house and yells at her.

She tries to oust Pari, who refuses to leave. Tanya comes to support Pari. She tells Veena that Pari is giving her baby to them, which is a big sacrifice. Veena warns Tanya against believing clever Pari. She asks Tanya not to make such a mistake by allowing Pari to snatch Rohan. Tanya just thinks of the baby and nothing else. Veena knows Tanya will regret for her decision. Pari shows her importance by acting dizzy. Rohan and Tanya run to her service. Veena knows Pari’s drama and is helpless.

Nishi wants Rohit to die soon, while Veena and Sippys cry for him on seeing his miserable state. Doctor declared Rohit dead and shocks Sippys and Sonakshi. Sonakshi will turn into real life Parvati and save her husband by bringing him back to life from the death.

Reviewed Rating for this particular episode Kahaan Hum Rohit declared dead: 4/5
This rating is solely based on the opinion of the writer. You may post your take on the show in the comment section below.