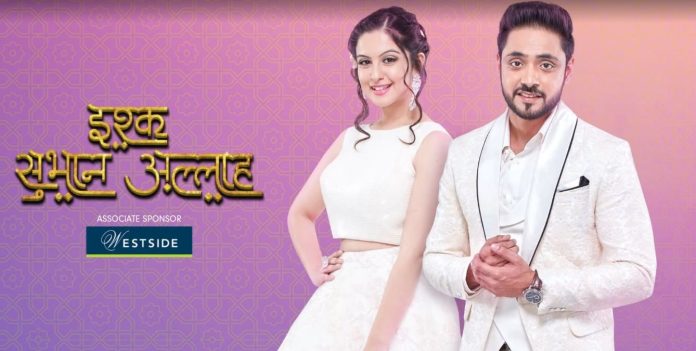 Ishq SubhanAllah Upcoming Zee Colors Spoilers Kabeer tells Zara that a guy’s family will come to see her. Kabeer praises Zara for looking simple and pretty. He doesn’t want her to put more makeup. He tells her that she will get married soon if the guy likes her, the alliance talks will be fixed on th same day. This worries Zara. She meets the guy, who questions Zara and Kabeer’s questions. Kabeer throws out the guy out of his house and declares that he will not hear anything against Zara. Kabeer doesn’t want any sick-minded guy to marry her.

He is asked to marry Zara and falls in a dilemma. Zara loves Kabeer and doesn’t want to forget him. She expects him to accept her in his life. He learns that the kids are missing. This worries him a lot. Kabeer and Zara find the kids praying at the Dargah for their love union. Kabeer tells Zara that he will help her in fulfilling her wishes. She gets surprised.

Dad Ki Dulhan:
Amber and Guneet will be seen celebrating Holi in a never before manner. They both get drunk and turn adorably kiddish. Amber plays the dhol for her to dance. He fears that he will confess love to her. It so happens that he really tells Guneet how much he admires and loves her. Guneet forgets his confession after sobering up.

Naati Pinky Ki Lambi Love Story: Arjun stops Pinky from going with Gagan and pays the compensation amount to Gagan. Pinky takes round around the holika fire and makes her decision more strong to get separated from him. She tells that she is feeling very proud of herself for taking this step to get separated from the person who don’t have the right to be called as a human. She says sometimes she feels that he has done PhD in cheap tactics. Gagan gets angry and is about to slap her, but Ram holds his hand and shouts at him. Pinky gets emotional seeing Ram protecting her. Arjun and Amma look on surprised. It is Ram’s another trick to convince Pinky to go with Gagan.

Meri Gudiya:
Avi makes Madhuri away from the family. Madhuri thinks what is Avi doing and why. She wants to find the real Avi. She finds the entire family missing. She gets worried for Avi. Rahu throws a challenge for Madhuri to find real Avi, who is close to death. Madhuri gets panicking to save her daughter. Avi’s shadow helps or misleads her.