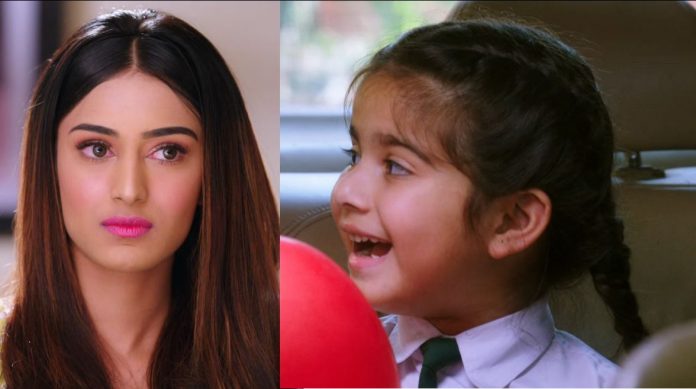 Nayi Kasautii Sneha entry Starplus Anurag Prerna Upcoming Prerna calls Mr. Bajaj to get his approval for keeping her family home. She tells him that Veena and family are in bad state and she wants to take them home. He shows immense respect for her hard work. He gives her the freedom to decide for her family, saying that she has worked hard and built the business on her own.

He tells her that whatever she has now is just because of her own hardwork. He doesn’t want to burden her with his favors. He tells her that she should be proud of herself and explain the same to her family, that they will be living with her in her own house, not in Mr. Bajaj’s house.

Prerna gets pleased with his support. She tells Veena that she spoke to Mr. Bajaj, who asked them to shift to her house. She tells them that she will not leave them alone in the state of plight, when she can afford a good life for them. Prerna tells Veena that she needed her when she was away for many years. She feels she had deserved to be with her family, even when Anurag cheated her. She feels Anurag has snatched her life, dreams and also her family peace. She wants her family to get back on track. She loves them a lot and expresses it in a good way. Veena gets emotional on hearing her.

She tells that she won’t be coming with her, since its against the society rules. Prerna tells her that society won’t come to help her financially. She asks Veena not to get scared of the society and just accept her request. She asks Veena to stay in the outhouse at least. Veena refuses to accompany Prerna to her house at first, but then changes her mind. Veena tells Prerna that she will come with her to the house. Kaushik and Kuki’s scenes drag the drama. The guys like Kuki’s pretty looks. Kaushik hates her and finds her crazy. He doesn’t think there is anything appealing in her.

Prerna gets her family home and spends time with her. Kajal tells Prerna that they are thankful to her for giving them comfortable life. She wants to tell about Veena’s operation. Veena tries to cover up the matter and stops Kajal. Prerna understands that Veena is hiding something. Mahesh looks upset that he couldn’t fulfill his dreams. Prerna tells him that he has to be positive and move on, since things happen as destined, person plans anything, but still things do take a turn. She asks Mahesh to think that something better is meant for him. Veena is impressed with Prerna’s positivity. She feels proud of Prerna. Prerna asks Veena to make some food for her, since she is missing the homely food.

Veena tells that she will be glad to cook food for her daughter. Kajal also thinks to please Prerna. Shivani tells Prerna that Komolika is ruling over Kolkata business circle. Prerna tells her that she has met Anurag and Komolika in their party and shocked them. She tells that she will be giving more shocks to Anurag. She is much revengeful. Kuki misunderstands Kaushik on seeing him with a girl. She calls him shameless and asks him to focus on studies, if he is attending college.

Kaushik asks her not to boss around. Prerna doesn’t care of Komolika’s stern warning. She thinks Komolika won’t be able to do anything, since she is the mightier person. She wants to teach a lesson to Komolika, by snatching her business empire. Prerna starts targeting Basu company. Komolika fumes on Anurag and Ronit, for failing to Prerna’s move. Very soon, Sneha’s entry will be happening. Sneha will be meeting Anurag and Prerna. She will become a connecting link between her parents.