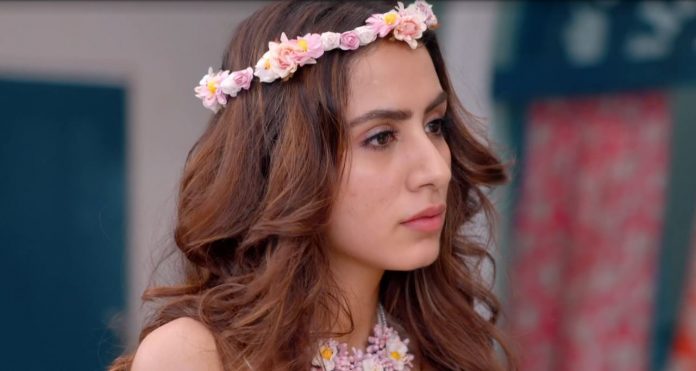 Kumkum Kundali Top Hitting conspiracies on lovers Maya asks Ranbir and Prachi not to stand close, like they are a couple. She tells that she gets angry on seeing them together. She asks since when are they dating each other. She wants to know from Prachi if she loves Ranbir. Prachi shockingly refuses to love Ranbir. Ranbir doesn’t want Prachi to fail his plan.

He asks Prachi to lie to lie to Maya. Maya is much shocked when Prachi denies to have any love relation with Ranbir. Ranbir doesn’t lose and pretends lovey dovey with Prachi. He also keeps the act subtle so that Prachi doesn’t feel offended. On the other hand, Abhi and Pragya miss each other dearly and reminisce the good memories of their bond. They wish Kiara was with them.

She tells Preeta that she knows none can harm her, she can do anything with Luthras. She declares her evil intentions and asks Preeta if she can expose the truth. She is sure that none can catch her now, she will be getting married to Karan on the same day and then become Mrs. Mahira Karan Luthra. Preeta is shocked to know Mahira’s evil. She didn’t know Mahira will stoop so low like Sherlyn. Karan isn’t aware of Mahira’s truth. Will Karan find out Mahira’s truth by his unexpected planning with Preeta? Keep reading.