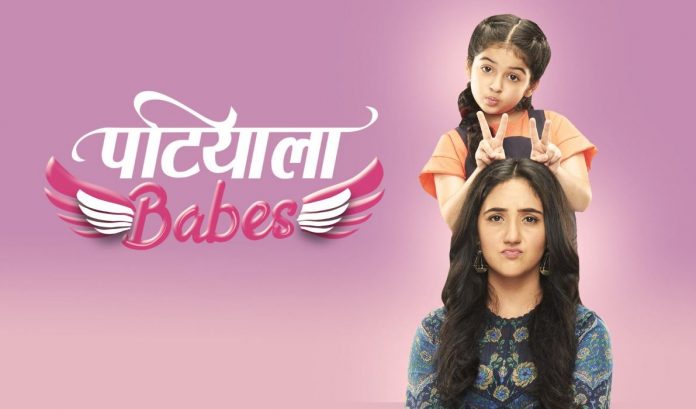 Patiala Babes New track Isha Neil Mini love triangle Neil meets Isha and Kia. Isha taunts him about his problem. He doesn’t want her to discuss his problems. She tells him that she got his daughter after thinking a lot about him. She asks him if he isn’t happy on meeting Kia. Neil stops them and spends time with Kia.

He wants his rights on his daughter. He has missed her entire childhood. He feels upset when he feels alienated in front of Kia. Kia doesn’t even know him and turns away when he talks to her. Isha asks Neil not to yearn for Kia. She proposes him. She asks him to shift to her place to stay with Kia again. She tells that they can have a second chance in life. Neil refuses to her.

She asks him the problem that he is refusing. He tells that he doesn’t have anyone in his city. She taunts that he is after Mini. Neil doesn’t want Isha to take Mini’s name. Neil reminds Isha that she didn’t want him when he belonged to her. She tells him that she is attracted to him since he belongs to someone else now. She tells that she was bored of him before and now wants him back. She reveals that Mini has called her for the meeting. Neil can’t believe this. Isha asks Neil to make special coffee for her. Neil wants to ask Mini if she has really called up Isha. Isha asks Neil to take Kia and talk to her while making the coffee.

Neil gets emotional to bond with his daughter. Mini tells Nayeem Bi that she doesn’t want to meet Isha. She asks why did she call Isha, who told her about Isha and Neil’s past. Nayeem Bi tells her that old bonds don’t break this way, it will always hurt Neil, he won’t be able to break his relation with Ishani since Kia is involved. Mini tells that Babita had broken her ties with her dad and moved on in life. Nayeem Bi tells her that Babita divorced Ashok and even then had memories of Ashok. Mini knows that Babita loved Hanuman. She knows her mum’s heart. Nayeem Bi asks her not to get between Neil and Isha.

Nayeem Bi tells that Babita and Hanuman got married, but still they both had memories of their ex-partners. She is ready to prove her point to Mini. She doesn’t want Mini to become the second person in Neil’s life. She shows the old chest to Mini, where Mini gets to see Hanuman’s memories from his first marriage. She tells that emotions are different for men and women. Mini recalls Hanuman’s love for his first wife. Neil bonds with Kia. Mini questions him about his decision regarding Isha, if he is going back to Isha for Kia’s sake.